Why the Humble Banner Ad Is Not Dead

Programmatic creative platforms will bring it into the 21st century 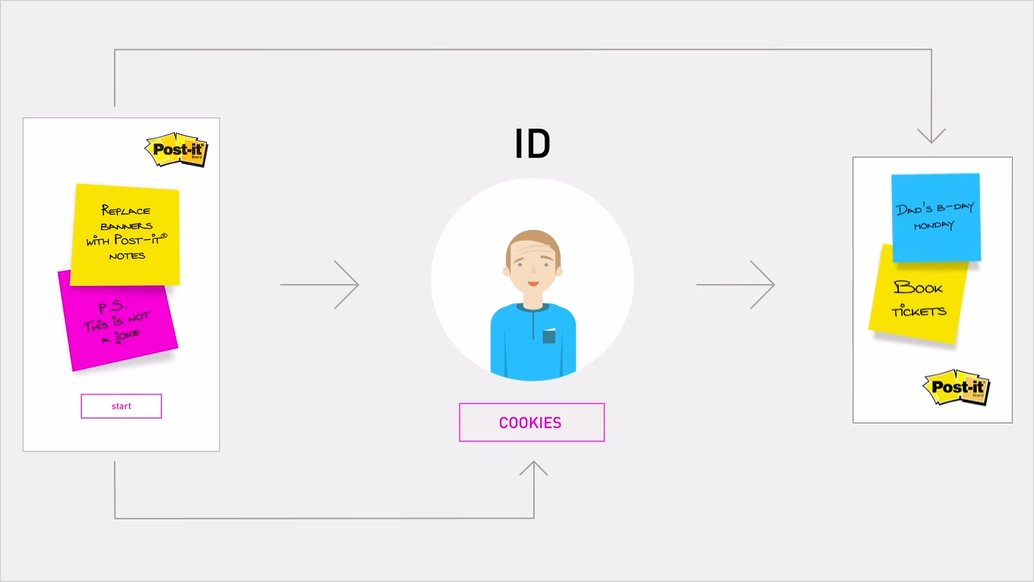 It seems the writing's on the wall for the banner ad.

In 2015, "banner blindness" is real and irrevocable: More than 80 percent of digital ads go ignored, while 63 percent of millennials use ad-blocking software to eliminate them entirely. Meanwhile, native-ad platforms tout that users look at their promos 52 percent more frequently than they look at banners, and are more likely to share them with others. The conclusion feels obvious. By 2017, spending on native ads on social sites alone is expected to rise to $5 billion. Soon, native will be king, and the digital banner will join the browser pop-up in the graveyard of outdated, digital-marketing schemes.

But the obvious conclusion is the wrong conclusion. There is hope for the humble little banner. (Just look at this creative campaign from Post-It Notes in Russia, where the annoyance of banner ad retargeting was brilliantly turned into a helpful reminder service.)

New technological improvements will soon bring its content into the 21st century—enough so to challenge native advertising's supposedly inevitable ascendance.

The last component of the banner ad—creative—hasn't kept up with the rest of the team. (By "creative," I mean the actual image, file, or application served up inside the banner box.) Advertisers routinely buy a million-dollar campaign with great inventory at massive scale and deliver a static ad creative that could have been served up in 1998.

That's a huge problem. Most banner ad creative doesn't live up to users' expectations for what it's like to use a modern website or app. No wonder we've grown to distrust them.

The tools to create better banners are already at our fingertips. Ad retargeting and dynamic creative optimization can improve the relevance of each ad's message. Rich media replaces static images with animated and sometimes interactive graphics, often in HTML5 that works across mobile devices and desktops.

In all of these cases, however, the file that loads inside the banner box is just that, a file served up to the user. The real game-changer will be a new player in the ad-tech stack: the programmatic creative platform.

To Revive the Banner, Tech and Creative Unite

Programmatic creative platforms do more than just deliver files to users. They empower ad designers to transform banner boxes into interactive canvases—ad content that will finally live up to the user experience of the media around them. These ads provide value to the end user, whether through entertainment, an improved visual experience, interesting information, or just an opportunity to play. Their message can shift based on the user's location, gender, and browsing habits, or even what the weather is like in their area that day.

These canvases let designers build what are essentially mini-interactive apps, which apply all the user experience innovations that the mobile app revolution has taught us. Research has shown that branded mobile apps, unlike banner ads, are often perceived by users as "useful," and have a positive persuasive impact on the user's interest in the brand. Imagine deploying this powerful tool directly on a website or within an article, without the need to download a full app.

Already, the tide is shifting toward these more immersive—but also more useful—types of ad experiences. The New York Times is rolling out a new mobile ad format deploying large, immersive ads at seven moments when readership spikes during the day, including lunchtime and the end of work hours. These ads will introduce content like the Times' morning and evening briefings, and free up the rest of its mobile content from distracting (and tiny) interstitial banner ads.

This is why I'm optimistic about the future of the banner. If programmatic creative platforms gain large scale traction, we will start seeing fewer static banners, more relevant content, and increasingly compelling applications served in those banner boxes. And users will respond accordingly.

One last reason banner ads are here to stay: Native ads will never fully replace them. Native's ability to blend in with surrounding content has protected it from the banner's erosion in click-through rate. But it has also imposed enormous creative constraints. Native ads don't provide the "interactive canvas" for designers that banners do—especially banners empowered by programmatic creative platforms.

Don't get me wrong: I'm a big proponent of native. But I don't believe that its growth will be at the expense of the banner. Instead, smart advertisers and publishers will invest in new technology for both.

The next big thing in Web advertising won't be the death of the banner—it'll be this blended approach.