Until recently, Twitter has only addressed harassment when it met the outrage of users. But now, the social network is taking a more proactive approach. 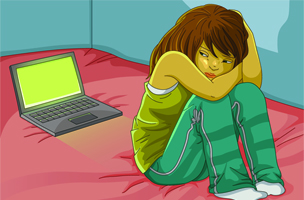 Twitter has had plenty of problems in the past when it comes to harassment, especially the harassment of women. There have been plenty of examples this year during the “Gamergate” fiasco of women receiving death threats and being harassed off the service.

Twitter has remained passive about the issue — usually only responding when there’s been some sort of outrage (i.e. in the case of Zelda Williams).

Now, however, Twitter has paired with a non-profit called Women, Action & Media to improve its response to harassment.

According to a press release from WAM (PDF):

Users can report the specific types of abuse they are experiencing (whether someone has made an impostor account, is sending them violent threats, is using Twitter to encourage people to harass the person offline, or any of other several defined categories), whether the abuse is happening on other social media platforms, and if the abuse is being perpetrated by a single individual or a group. This information will help identify the types of gendered harassment Twitter already handles well, and in which specific areas new solutions need to be developed.

This is a trial program with the intent of gathering data on different methods of harassment. At the end of the pilot program WAM and Twitter will work together to update Twitter’s practices and policies to better respond to the problem.

WAM has had successes in the past when it comes to pressuring companies to update their policies. Last year, a campaign to highlight content on Facebook that advocated violence against women was organized under the #FBrape hashtag, resulted in a Facebook crack down on gender-based hate speech.

Recently, it seems user action and advocacy has increased the number of tools available, like this database for reporting Twitter trolls. While Twitter has trailed Facebook in its response to harassment, it looks like social networks in general are starting to take the problem more seriously.