Twitter Starts Spreading the Word About the 2018 U.S. Midterm Election 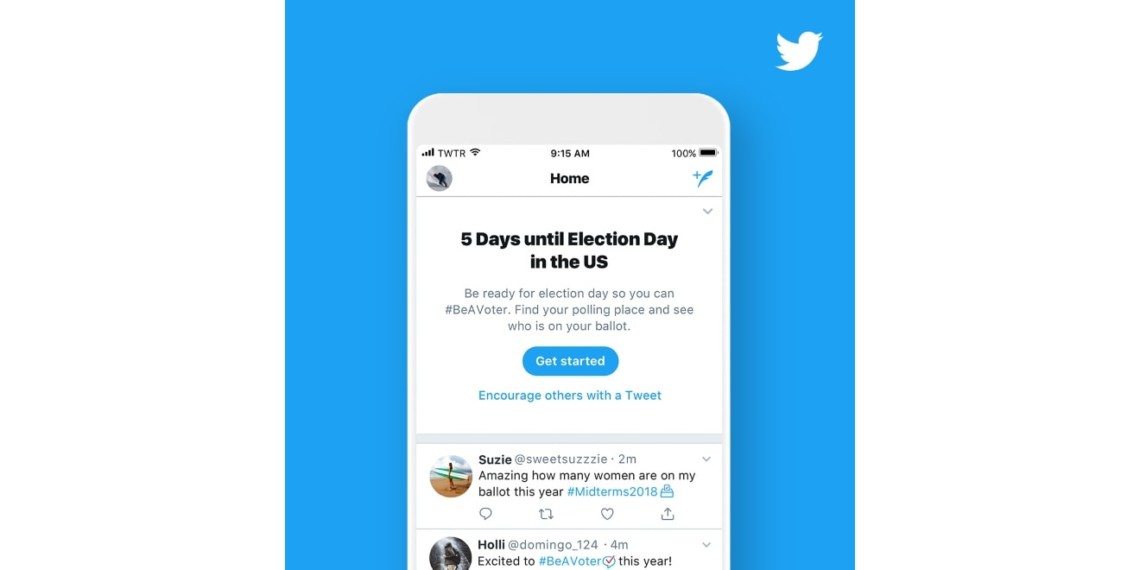 Twitter is doing its part to keep its users in the U.S. informed about the 2018 midterm election Nov. 6.

Starting Thursday, people in the U.S. began seeing Election Day countdowns in their timelines, and clicking on the Get Started button will bring up information from Get to the Polls on where their polling place is and who is on their ballot.

However, the feature’s debut was hardly glitch-free. 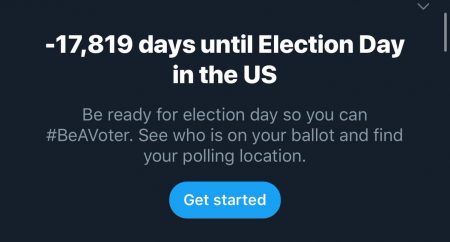 Twitter also created the #BeAVoter video campaign, which senior public policy manager Bridget Coyne said in a blog post features “influential young voices” encouraging fellow young people to learn more about candidates who will appear on their ballots and to show up at the polls next Tuesday.

Election Day in the US is right around the corner. Everyone, including these people you may know, wants you to show up to the polls.

Make your voice heard in the US election and #BeAVoter. pic.twitter.com/vxfh3l9J3d

Coyne also revealed some election-related statistics from Twitter, saying that this has already been the most-tweeted-about U.S. midterm election to date:

Coyne wrote, “Over the past several months, we’ve taken significant steps to safeguard the integrity of conversations surrounding the U.S. elections by reducing the spread of disinformation, strengthening outreach to government stakeholders and streamlining our enforcement processes. We are committed to serving the public conversation about elections on our platform.”