Twitter is expanding the availability of its Moments feature to “a broader group of creators … including influencers, partners, brands and, in the coming months, everyone.” 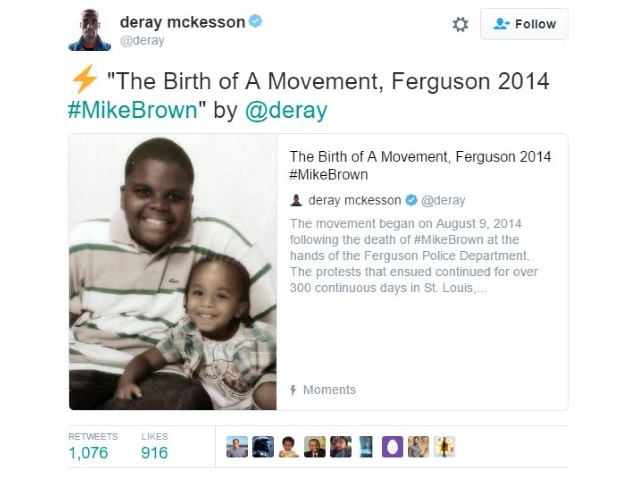 Twitter is expanding the availability of its Moments feature to “a broader group of creators … including influencers, partners, brands and, in the coming months, everyone.”

Product manager Gaby Peña announced the expansion of Moments availability in a blog post, providing examples from civil-rights activist DeRay Mckesson, one of the leaders of the Black Lives Matter movement, as well as Allure and Budweiser.

When things happen in the world, people come to Twitter to see, experience and comment about what’s happening as it unfolds. The stories and voices aren’t always expressed through a single tweet–they unfold across multiple tweets and involve various points of view. Moments allow people to capture and experience richer stories reflecting the diversity of tweets that, together, make Twitter so powerful.

To date, Moments have been created by our curation team and a select group of publishing partners, but it’s always been our goal to open up this creative canvas to more people. Today, we’re excited to announce that a broader group of creators will be making Moments, including influencers, partners, brands and, in the coming months, everyone.

By extending this creative format to more people and eventually to everyone on Twitter, we are giving people a new and dynamic way to tell their stories.

Moments allows us to collect and curate tweets to tell stories in new ways. It’s a powerful Twitter feature, continuing to help build community as we engage specific topics and events.

Readers: What are your thoughts on the expanded availability of Moments?

Step into the heels of our Editor in Chief @heymichellelee for a day! 👠💄 https://t.co/g1zEgagtIM

Click to explore every detail of the America can in all its glory. #ThisBudsForYouhttps://t.co/FS25yZ5Lj3