Would the power of social media have changed the outcome of the trial of the century? 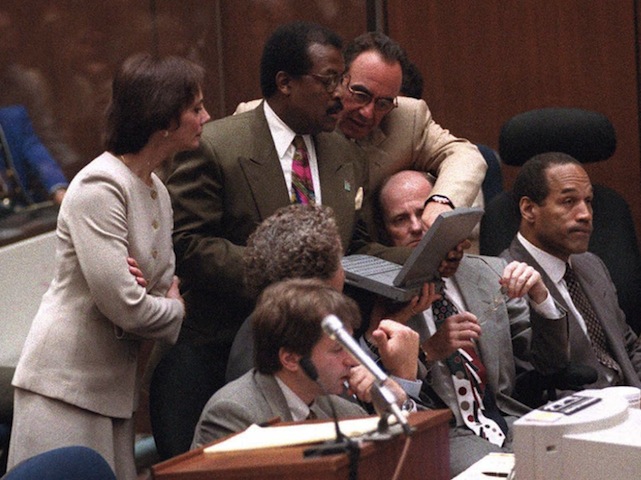 How would the O.J. Simpson trial have gone down if social media had existed? In light of FX’s American Crime Story: The People v. O.J. Simpson, the question is worth asking.

For the past nine weeks, the show has been a topic of conversation around our office and what seems like the whole internet. It brilliantly captured the events that changed everything—yes, everything. The trial gave rise to the 24-hour news cycle, reality television and, in a way, participatory journalism. Still, as frenzied as the coverage was in the early 90’s, imagine the level of scrutiny, discussion and dissection if the world had been watching in real time with a mobile phone in hand. Today we are “always on.”

The day before the murders, those involved could never have imagined how their lives would change in just a few short hours. If social media was available, they or someone they knew would have posted something about their days on their accounts, even if it was mundane. But there’d be nothing mundane about snapping O.J. as he strolled into a restaurant! Someone so recognizable would have left a trail of personal and public tweets and Instagram selfies in his wake, all of which could have been called into question later.

In 2016, as in 1994, we move through life not knowing what tomorrow will bring. But the key difference is the digital breadcrumbs we leave behind that can offer clues about our movements, our thoughts and sometimes even our innermost feelings. Would Mark Fuhrman have “followed” unsavory characters on social media? Did Nicole Brown Simpson tweet “Help” last year? Did O.J. share an off-color joke on his Facebook page? Who was called to the stand, the questions that were asked, the articles entered into evidence and certainly the jury selection process—everything would have been approached differently.

We’ve all seen it, whether we watched it live or via a meme. That infamous white Bronco moving surely down the highway trailed by a pack of police cars. It would have been an Internet sensation. ‘Viral’ really doesn’t even begin to describe it. People along the route would have been Snapchatting, going Live on Facebook, sharing conspiracy theories on Reddit, uploading videos to YouTube, “experts” sharing their thoughts on Twitter, push notifications informing every little update. The entire fiasco would have been shared and re-shared hundreds of thousands of times. Given our relatively new ability to act as citizen journalists capturing all we bear witness to, just imagine the innumerable perspectives through which we could have tracked those events as they unfolded in real time.

The most obvious impact social media would have had on the Simpson trial is access to minute-by-minute updates and conversation on the proceedings. Judge Lance Ito opened the courtroom to the media, so inevitably reporters would have tweeted the trial, prompting immediate reaction and discussion. It’s here that we can dig into the sociological inferences. No doubt social media has altered human interaction and the way we communicate, but it also impacts the way we absorb and process information. It is much more difficult to differentiate opinion from fact or even journalist from witness, who may share information but through a filter of personal experience.

Despite the lack of social media, the Simpson case still permeated pop culture, particularly television. People were obsessed. From the moment it all began, it was co-opting sporting events, soap operas and taking over entire channels. The key players’ lives would be picked apart. Leaked tapes of Mark Fuhrman and buried abuse allegations against Johnnie Cochran—just imagine how much more would be uncovered in the era of social media.