Social media is better for discussing the news, according to the outlet. 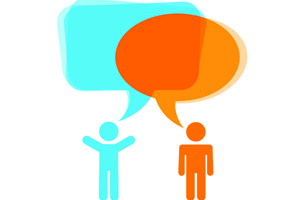 Today in an editor’s note, Reuters announced that they are ending comments on news stories because we all talk about the news on Facebook and Twitter anyway. Hmph. Dan Colarusso writes:

We value conversation about the news, but the idea of comments on a website must give way to new realities of behavior in the marketplace. The best place for this conversation is where it is open to the largest number of participants possible.

He links to the Reuters Facebook and Twitter handles for readers to discuss news there and explains that comments will remain open on opinion pieces so that columnists and readers can “exchange ideas on interesting and controversial topics.” But general discussion of the news is to be had elsewhere. There are mixed reviews from those in the know:

This is dumb: Reuters ends reader comments because Facebook and Twitter exist, and also we have email addresses: http://t.co/luyLeCkbFP

You want an online community that nurtures all of your snark, trolling and sometimes genuinely interesting dialogue? Go to Gawker. Comment sections are hard to manage and the distinction between making people discuss general news on social media and engage with writers about opinion pieces is an interesting choice.

Because, what about our bubbles? In June, the Pew Research Center released a report on social media and political polarization, suggesting that we’re mostly ignoring those we disagree with online. In October, a different study suggested the opposite.

Maybe social media isn’t such a bad place to hash out our feelings about current events. By getting rid of the comments on general news, Reuters is sort of giving us the benefit of the doubt: that we will seek out those who hold opposing, controversial and unpopular opinions who aren’t friends of friends of friends that we used to work with, and converse with them.

But what will the trolls do?