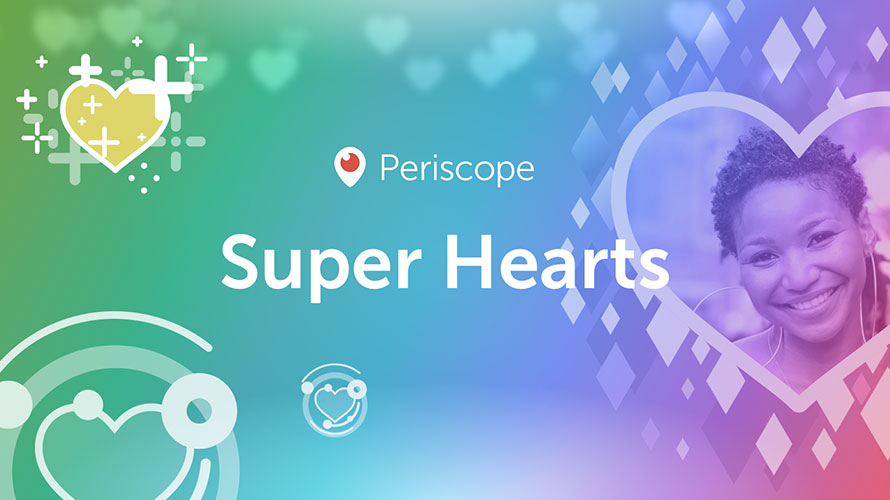 Periscope is introducing Super Hearts as a way to monetize and incentivize engagement.
Periscope
Share
By Marty Swant
|
June 21, 2017
Share

Periscope is giving content creators a way to turn hearts into hard-earned (or hardly earned) cash.

The Twitter-owned app is introducing Super Hearts, which users can buy with real money and then send as a sign of support to their favorite Periscopers. Broadcasters can then trade hearts for money, keeping about 70 percent of it and giving the other 30 percent to Periscope (minus any fees Apple and Google get from the in-app purchases).

In a Medium post, Periscope said the hearts are meant as “a meaningful way to celebrate your favorite broadcasters.”

To purchase Super Hearts, users can purchase a coin package from Apple’s App Store or the Google Play Store. Users can then send hearts until they run out of coins, and then send them during live broadcasts. Anyone can still send the usual free hearts. However, there will be a leaderboard displaying who has sent the most Super Hearts, which could help some lucky users catch the attention of their content-creating crush. Super Hearts are then turned into stars that are stored in their account.

Not every broadcaster will be able to play the games with their Super Hearts—only those invited to the Super Broadcaster Program will be allowed to exchange stars for real coins or cash. And while it’s only open to U.S. creators right now, Periscope said it will be international “soon.”

But it takes a whole lot of love to earn a little cash. According to Periscope, it’ll take around 185,000 stars to apply for the program, which translates to about $175 in cash. (Values vary based on the coin packages and the real currency used to purchase them.)

“We created Super Hearts for qualified broadcasters to monetize their content, and our objective is to learn from and iterate on this program to help them realize the most earning potential,” Sara Haider, director of engineering, said in a statement.