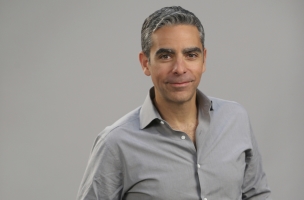 Facebook has several irons in the fire when it comes to mobile messaging, including its own Messenger applications, $19 billion acquisition WhatsApp, and the apparent impending launch of potential Snapchat competitor Slingshot.

The social network announced Marcus’ hire as vice president of messaging products in a Newsroom post:

We’re pleased to announce that David Marcus, president of PayPal, is joining Facebook to lead our efforts in mobile messaging.

David is a widely respected leader in the technology industry with a track record of building great products and finding creative ways to turn them into great businesses. David taught himself to write code at the age of eight, and he launched his first startup at the age of 23. In 2011, he joined PayPal as VP, mobile, responsible for leading PayPal’s mobile payments business, before taking on the role of president the following year. Under David’s leadership, PayPal has delivered great new product experiences for customers and businesses, driven new innovations in mobile commerce, and achieved impressive growth.

Messaging is a core part of Facebook’s service and key to achieving our mission of making the world more open and connected. Every day, around 12 billion messages are sent on Facebook, and in April, we announced that Messenger, our standalone messaging app, is now used by more than 200 million people every month. We’re excited by the potential to continue developing great new messaging experiences that better serve the Facebook community and reach even more people, and David will be leading these efforts.

We are incredibly excited to work together with David and to learn from all his experience, and David will be sharing more about his work in the coming months. Welcome aboard!

I thought long and hard about how I could express the range of emotions that are going through me as I write this post, and to put it simply … it’s hard. After leaving a world I knew well — startups, and entrepreneurship — I joined PayPal about three years ago through its acquisition of my company, Zong. In the first instance — running mobile and, eventually, the leadership role at the company — I fell in love with it, its people, and the immense opportunity ahead. Going from managing a few-hundred people at best in my entrepreneurial career, I suddenly found myself leading 14,000. The first year took its toll on me. It was hard. The second year started becoming more “natural,” and as we made progress on a number of fronts — technology, product, marketing, sales, and, more important, culture — I realized that my role was becoming a real management one, versus my passion of building products that hopefully matter to a lot of people.

The hardest thing for me in my (painful) thought process was around the amazing people at PayPal I’ve been blessed to work with in the last three years. My direct team, who are the most brilliant people I’ve ever worked with. And while we worked real hard, we had our share of laughter, and fun. I’m going to miss them so much, and it’s so hard to imagine what my new life is going to be without them.

Also, the rest of the team. The 14,000-strong team of unbelievably passionate people that makes this company so vibrant. I’m going to miss you all so dearly. But I find solace knowing you’re the guardians of what is one of the most extraordinary companies that was ever created. This wouldn’t be complete without thanking John Donahoe, who took a bet putting me in charge of PayPal a little over two years ago. John, you’ve been nothing but amazing to me. Thank you for the opportunity and the guidance you’ve given me all along this extraordinary journey.

While I was in the middle of my thought process about what was next for me, Mark Zuckerberg and I got together. Mark shared a compelling vision about mobile messaging. At first, I didn’t know whether another big company gig was a good thing for me, but Mark’s enthusiasm and the unparalleled reach and consumer engagement of the Facebook platform ultimately won me over. So … yes. I’m excited to go to Facebook to lead messaging products. And I’m looking forward to getting my hands dirty again attempting to build something new and meaningful at scale.

PayPals, you will always be in my heart. Know that I’ll be a proud witness of your wins and successes.

Readers: What will Marcus’ biggest challenge be in his new role at Facebook?