New York Daily News Will Cut Half of Its Editorial Staff 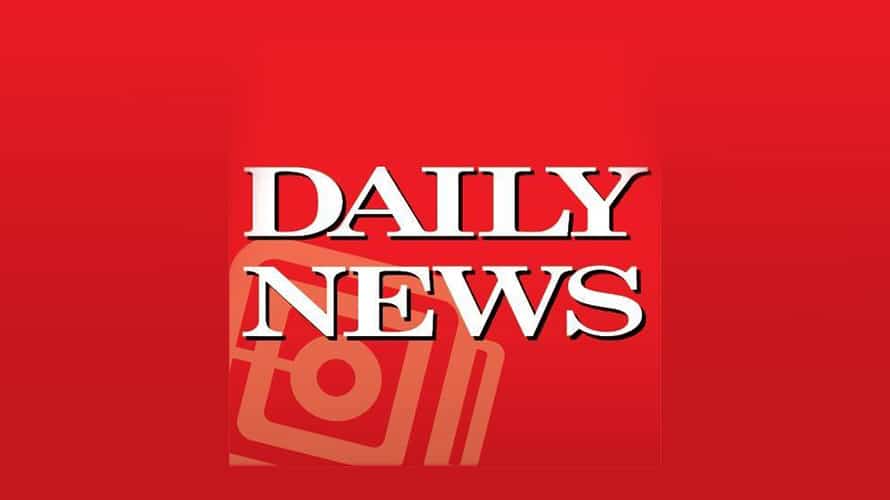 About 50 percent of editorial positions will be eliminated, the parent company said.
Daily News
Share
By Sara Jerde
|
July 23, 2018
Share

About 50 percent of editorial staff positions at the New York Daily News will be cut, according to an unsigned email sent to employees from Tronc’s talent management department.

The parent company will reduce the size of the newsroom and prioritize breaking news—in particular, crime, civil justice and public responsibility—“to capture the opportunities ahead and address the significant financial challenges we have faced for years,” according to the email from the parent company.

“What the Daily News was yesterday is now a thing of the past. And it’s hard for me to imagine what it’s going to look like tomorrow,” said a Daily News staffer.

Human resources will inform everyone who will be laid off by the end of the day today.

“While our colleagues exiting the business will leave immediately, they will continue to be paid for the next 90 days and be eligible for transitional benefits after that,” according to the email.

In the memo, Robert York was also announced editor in chief, effective next Monday. York was formerly the publisher and editor of Morning Call news properties in Pennsylvania and president of strategy and operations at the San Diego Union Tribune.

York replaces Jim Rich, who hinted to the changes when he changed his Twitter bio ahead of the news to read, “just a guy sitting at home watching journalism being choked into extinction” and tweeted ominously:

If you hate democracy and think local governments should operate unchecked and in the dark, then today is a good day for you.

Managing editor Kristin Lee is also “departing,” according to the memo.

“This feels like a nail in the coffin of the Daily News,” said a Daily News staffer. “I think it’s safe to say we were kind of existing on fumes for a long time with a small, but very hard working and capable staff and now it feels like the Daily News that we knew of, even in its diminished form, will never be the same again.”

The cuts mean another hit for local news in New York City. The New York Times announced two years ago that it would shift how it covered local news, while the independent weekly publication, Village Voice, ended its print publication last year; hyper-local news site DNAinfo also shut down, along with Gothamist (though Gothamist began publishing again in the spring under a partnership with WNYC).

The layoffs reflect “the realities of our business and the need to adapt an ever-changing media environment,” Tronc said in the memo.

Tronc—also the Chicago-based parent company of the Chicago Tribune and South Florida Sun Sentinel—acquired the New York Daily News in September 2017. The company emailed employees Sunday night to be in the office for an important meeting Monday morning. The meeting was brief.

“None of it is particularly surprising given the way Tronc has operated since purchasing the Daily News,” said a Daily News staffer, later adding, “We have gotten zero indication that they cared about the quality of the work we do.”

Tronc most recently made headlines after it sold the Los Angeles Times and San Diego Union-Tribune. After the sale, it was rumored that Tronc would go through a rebrand and revert to its original name, Tribune Publishing. Former chairman and majority shareholder Michael Ferro, who stepped down in March, had led the original name change to Tronc.

A spokeswoman for Tronc did not immediately return requests for comment.

“With our established digital prowess, the Daily News is in a solid position to lead Tronc’s transformation and become the newsroom of the future,” the memo read. “But realizing that potential requires committing to our digital audience and focusing our resources on the content and approaches that our readers find most relevant.”