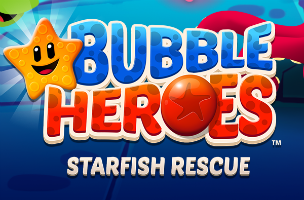 As the year draws to a close, join us in taking a look at some of the many games released in December 2014. From action games to endless runners, there’s a little something for everyone to enjoy on iOS, Android, Amazon or Windows Phone devices.

Snowboard Party ($1.99 on iOS, Android, Amazon, Windows Phone) – Ratrod Studio’s snowboarding title offers multiple gameplay modes, including Freestyle, Halfpipe and Big Air. Users will travel to 15 unique locations, performing tricks as one of 11 different riders. Gamers can customize their rider’s gear and choose from a variety of different snowboards, before taking them back out onto the mountain to master over 50 unique tricks. A multiplayer mode allows players to challenge their friends to see who can land the best tricks. Snowboard Party is compatible with “most” available game controllers.

Scary Dreams (Free on iOS) – This title from Planet of the Apps sees players helping Bob and his reflection survive the night by escaping from his nightmares. Players control both Bob and his reflection, and each may encounter different obstacles in the path. Players will complete multiple dream chapters, set in a church, cemetery, junk yard and more, and will need to jump over or slide under all nearby obstacles in order to survive. The game offers three different endings and an “endless mode” for limitless gameplay.Blob Climber (Free on iOS, Android) – This climbing game from Good Goblin Games sees players helping a friendly science experiment escape a volcano lair by swiping, tapping and holding on the screen to help him avoid obstacles and land on platforms in the path. Players will encounter more than 20 types of obstacles as they climb, and gamers can choose from three gameplay modes, including a story mode and an endless climbing mode, to suit their taste.Shadowrun: Dragonfall – Director’s Cut ($6.99 on iPad 3+, Android tablets) – This title from Harebrained Schemes is described as the biggest Shadowrun title to date, and the “perfect entry point” for players with no previous experience with the franchise. In the cyberpunk-themed RPG, players lead a team of Shadowrunners into turn-based, tactical combat encounters. Each team member has their own backstory and skills, and gamers have access to over 200 different weapons and spells in all. This version of the game offers five new missions, alternate endings, new music, a redesigned interface, team customization options and even an updated combat system, making it, according to the developer, the “definitive” version of the game.Narborion Saga (Free on iOS) – Following a release on Android and Kindle devices earlier this year, this gamebook series from Liber Primus Games offers an “epic fantasy story” that is written as gamers play. The choose-your-own-adventure experience stars a squire who “uncovers his heritage as the one true king, [and] must unite eight different kingdoms into one single empire.”

Tomb Raider II ($1.99 on iOS) – This classic action adventure game from 1997 has been updated for mobile players on iOS, and includes 50 achievements to unlock as players help Lara Croft find the mysterious Dagger of Xian, which is said to possess “the power of the dragon.” Players will travel through Tibet, Venice and more in a “kill or be killed” quest, as Croft isn’t the only one out to retrieve the dagger. The game comes complete with the original “The Golden Mask” expansion.

Ravensburger Puzzle ($2.99 on Android, Amazon) – Previously released on iOS, this jigsaw puzzle game is now available on Android and Amazon devices, and offers more than 400 puzzles in a variety of categories, from animals and architecture to vacation locations, skylines and more. Each puzzle offers nine separate difficulty levels (from 20 to 500 pieces), with new images offered as available in-app purchases each week in the game’s store. Players can choose from different table backgrounds and a variety of background music for a personalized experience. Finally, a user’s high scores and achievements can be compared with other users around the world.
Share
http://adweek.it/2kM3syr