Facebook is testing two ways to make it easier for users of its Messenger applications to share animated GIF files. 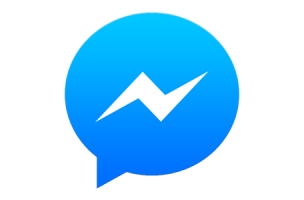 Facebook is testing two ways to make it easier for users of its Messenger applications to share animated GIF files.

TechCrunch reported that some Messenger users are seeing dedicated GIF buttons in their apps, streamlining the process of adding GIF files by eliminating the need to download and install third-party apps.

According to TechCrunch, clicking the GIF button brings users to a list of trending GIF files from Messenger Platform developers Giphy and Riffsy.

When users send GIFs from that list to their friends, they include links to download Giphy for Messenger or Riffsy’s GIF for Messenger.

TechCrunch pointed out that users are limited to GIFs from those two developers, which is where the new search feature discovered by Mashable comes into play.

According to Mashable, the new search feature, being tested with a “small group” of Messenger users in Canada, is also limited to Giphy and Riffsy for now, but it also includes access to Messenger’s collection of stickers, giving users more options.

We think Messenger is the best way to express yourself, but we’re constantly thinking of ways to improve. Messenger already offers people ways to send just the right sticker (through sticker search) and the perfect GIF (through Messenger Platform apps). This feature brings each of these offerings one step closer and makes it easier than ever to say anything better.

A similar quote was provided to TechCrunch:

GIFs have seen success as a rich media format within Messenger. With this feature, we’re testing various ways to make it even easier to send great content—like GIFs—with just a few taps.

Readers: Are you ready to start seeing more GIF files within Messenger?