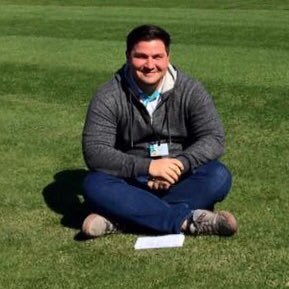 In baseball, timing is everything. At the plate when hitting; at first base when trying to figure out a pitcher’s pick-off move; and so on.

So… it is rather funny that today’s announcement about James Wagner (pictured) moving from the Washington Post to The New York Times comes on the heels of Matt Harvey’s second recent loss to Stephen Strasburg. Wagner, who covered the Nationals, will now write about the Mets.

We’re very sorry to announce that James Wagner will be leaving us to cover the Mets for The New York Times. James came to the Post in 2010 as a high school sports reporter and in 2012 moved to the Nationals beat, where he teamed first with Adam Kilgore and for the past season-plus with Chelsea Janes to provide Nationals fans with some of the best baseball coverage anywhere in the country. James is soft-spoken and humble by nature, but he is also a fierce competitor and a very hard worker, traits that helped him connect on a personal level with players in the clubhouse and break several news stories involving the team over the past four seasons. We’ll miss his warm spirit, but we wish him well. We’ll have an official goodbye for James in early June.

With James’ departure, Jorge Castillo will be moving from the Wizards to the Nationals. Like Chelsea, Jorge was a summer intern with the Post. We managed to coax him back down to Washington in 2014 to cover the Wizards after he had spent three years with the Newark Star-Ledger covering the New York Giants, including their 2011 Super Bowl run, and then the Mets and Yankees. On the Wizards beat, Jorge earned the trust of players and the respect of the front office for his fair, balanced reporting, and he kept the Post and our readers on top of all major news developments involving the team.

He also demonstrated a flair for the offbeat story, including two memorable features on NBA clothing trends – one on players’ move away from hip hop-inspired fashion to high-end suits and stylish hats when off the court and, this past season, on the rising hemlines of game shorts around the league. As comfortable as Jorge has demonstrated himself to be on the NBA, baseball is the sport closest to his heart. He’s fluent in Spanish, a huge plus in a game in which a third of its players are Latino.

Needless to say, we’re excited to see what Chelsea and Jorge can do together on the Nationals beat.

We are excited to announce James Wagner of the Washington Post will join us to cover the Mets.

James has brought another dimension to baseball coverage with his sharp eye and ear inside the clubhouse as well as his drive to broaden readers’ understanding of the impact Latino players are having on the sport. James has broken news, including the Nationals’ firing of their manager after one of the more memorable flameouts of a season in recent history. James, who grew up speaking Spanish with his mother, a native of Nicaragua, has also specialized in diving deep into Latino culture in baseball.

Who knew Dominican players – opponents, even – have organized a vast food network to supply each other with home-cooked meals throughout the season? James knew. It was well-known Yunel Escobar, a Cuban-born player, abruptly left the island to chase his big-league dreams, like so many other players there. But he had never talked about the eight months living and training with smugglers in Miami so he could pay for their facilitating his escape, or the dangerous, winding journey that brought him to the Nationals. That is, until he talked to James.