Have you seen the video saturation in the News Feed recently?

Whenever Facebook rolls out new features, they give it extra weight in the News Feed. And more exposure leads to more engagement, more engagement leads to further exposure, which creates these breakout viral posts. Like this lawyer, who got 446,000 people talking about this.

The Golden State Warriors, a National Basketball Association team, posted a 15 second video with their coach Steve Kerr and star player Stephen Curry engaging in a free throw contest. More than 2 million people clicked on it.

Look at these stats:

You might not get 7 million views because you don’t have 2.4 million fans. But do note that the Warriors are getting 20–30x more reach on video than other types of content.

A lot of this due to autoplay video. From the Ice Bucket Challenge to BuzzFeed, video dominates the News Feed. Social expert Kevin Mullett, counted 16 out of 20 consecutive items in his News Feed being video at one point.

Having a 15 second video on Facebook is about the right length for social users, especially because 60% of them are watching on mobile. And these mobile users interact, drawing their friends in.

167,000 of these 1.5 million people who engaged with this video post are fans. That means 90% are not fans. In other words, there are a lot of people interested in the Golden State Warriors who have not necessarily clicked like on their fan page.

Only half of fans will be on Facebook each day, with the exception of mobile users. Of these, we will reach only some organically, which is the “reach problem.”

The fact that we got so much sharing penetrates the news feed. We believe clicks are weighted in the algorithm, though not always a story.

The “glass is half full” angle is that the true fans are not necessarily Facebook fans. A few years ago, you had to be a fan of a page to interact.

There are certainly more than 2.5 million people who love the Warriors. So it’s hard to tell how many folks love the Warriors (but aren’t Facebook fans), versus are just friends of existing fans.

Facebook started rolling out autoplay video ads in March. This means you can further amplify the effect of video, to throw fuel on the fire.

There are now nine ad types on Facebook (there used to be fifteen), one for each business objective.

Because video gets so much engagement, paid reach creates a bonus effect when advertisers tie to custom audiences, fans, and influential people. Facebook automatically optimizes to lookalikes in boosted posts via the oCPM bid type.

The implication for brands, organizations, and businesses of all types:

Kevin Cote, who’s the Senior Director of Digital for The Golden State Warriors, gave us this insight into their strategy:

It’s clear that Facebook’s native video has been taking over the newsfeed, so like many brands, we’ve been making a concerted effort to include it as a bigger focus of our video content publishing strategy. In this example, we used the 15-second video as a teaser of sorts for the full-length feature that we uploaded to warriors.com and YouTube. Moving forward, in addition to refining our native video strategy, we’ll be focusing on additional targeting and amplification of posts like these.

Friends, what have you noticed?

Top image courtesy of the Golden State Warriors on Facebook. 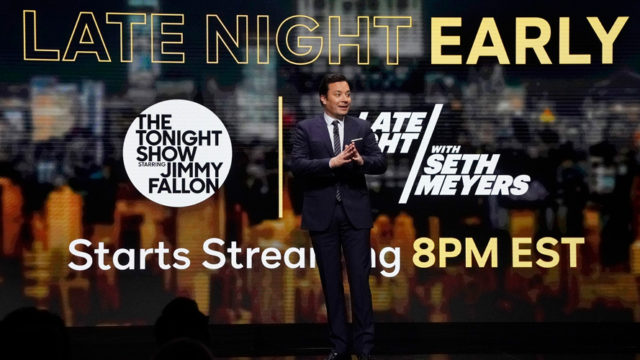