Time magazine is the latest example 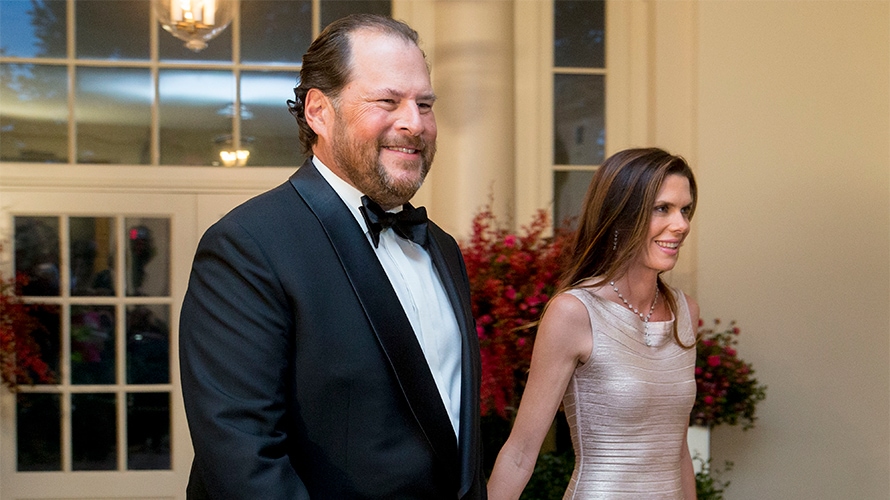 The Benioffs are the latest billionaires to get in the media business.
Getty Images
Share
By Sara Jerde
|
September 17, 2018
Share

Billionaires have long been known to donate loads of cash to nonprofits or create their own foundations in the name of “giving back.” Now, they’re also seemingly buying media companies.

Marc and Lynne Benioff, who just bought Time magazine from Meredith, join Jeff Bezos, who purchased The Washington Post in 2013; Laurene Powell Jobs, who acquired a majority stake of The Atlantic through Emerson Collective last year; and Patrick Soon-Shiong who finalized his purchase of The Los Angeles Times earlier this year, as the latest billionaires to acquire publications.

The Benioffs said after the sale is finalized, which is expected within 30 days, the $190 million cash deal will make them owners of the company, but they won’t be involved in everyday or editorial decisions.

Media experts told Adweek they believe the Benioffs’ purchase was mostly motivated by the chance to move the legacy of the 95-year-old brand into its next era and “give back” but not necessarily make money.

“It’s good to see new money coming into the industry, at least on paper, with no strings attached,” said Raju Narisetti, director of the Knight-Bagehot Fellowship Program in Economics and Business Journalism at Columbia University and former CEO of Gizmodo Media Group.

Marc Benioff has said the magazine is a personal purchase and not related to his role as chairman and co-CEO of Salesforce.

“It’s important for us not to look at these transactions and label these people as saviors,” Narisetti said. “Sure, are you a savior of Time Inc. and the brand? Absolutely. But does it help the larger journalism industry and democracy and all of that? Less so.”

Instead, a huge multimillion-dollar cash infusion could be better served at the local level, where resources are fewer and farther between, Narisetti said.

Reed Phillips, co-founder and managing partner of M&A and investment banking firm Oaklins DeSilva+Phillips, said he thinks that for billionaires like Marc Benioff—Fortune put his worth at $6.6 billion—”it’s like setting up a nonprofit in a way.”

“It’s doing something that’s good for society and something that is needed, but they’re not doing it necessarily because it’s going to be a profitable venture,” Phillips said.

Time magazine was founded in 1923 and continues to be known for trademark initiatives like Time 100 and its Person of the Year. It currently has a circulation of 2 million, according to the Alliance for Audited Media, and its cover price is $5.99.

Time reaches more than 100 million print and digital readers every month, according to Meredith.

“One of the first challenges Marc and Lynne gave us is to think big, really big,” Time editor Edward Felsenthal told staff in a memo on Sunday. “Beyond the five-year plan, what will Time look like in 2040? What will it mean to people decades from now?”

Phillips said he expects the Benioffs to focus on sustaining the business, with a bigger reach and better digital channels. Mark Benioff did not immediately respond to a request for comment.

The power of Time has always been in its unique storytelling of the people & issues that affect us all & connect us all. A treasure trove of our history & culture. We have deep respect for their organization & honored to be stewards of this iconic brand. https://t.co/TsbcXhO1OU

Meredith made headlines last week when it announced structural changes, including that it was consolidating some parts of the company, changing the print schedule on two of its magazines and laying off about 200 people.

Under a multiyear agreement, Meredith will continue to oversee some functions of the magazine, including consumer marketing, subscription fulfillment, and paper purchasing and printing.

Of course, it doesn’t always end well for media organizations bought by billionaires.

“There is a bit of fatigue in owning these kinds of products,” Narisetti said. “One hopes that some of these people with a lot of money making personal acquisitions will have a much longer ability to deal with the financial uncertainties of this business and want to continue to support it.”