Facebook’s “See Less” Feature Is Good for Users, Not So Good For Engagement

Facebook may have difficult heading into the future as the news feed morphs into an ever more fractured experience. 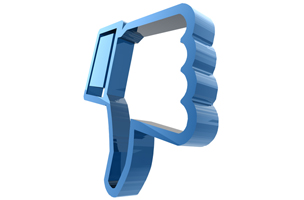 When you’re a sprawling mega-network like Facebook, it’s important that your product serve as many use cases as possible. Facebook has been expanding into other territories, but the main news feed is still the first interface point for many. Now you’ll be able to partially unfollow people, but is that going to help the newsfeed experience?

“If you see a story you’re not interested in or don’t want to see, you can tap the arrow in the top right of that story to hide it… When you hide a story you’ll have the option to ask to see less from that person or Page,” an official Facebook blog post states. This move is an attempt to give users more granular control over what they see in their news feeds.

Users could already unfollow people, unlike pages and unfriend contacts, but now they’ll be able to mitigate those times when they encounter a wall of posts from a particular contact, or they can just see less advertising if they choose to. This may sounds great, but some tech pundits see looming drawbacks.

[L]onger, more in-depth pieces often don’t lend themselves to the ADHD-addled click-and-scroll tendencies of the modern social and mobile era. A complex story about an investigation into campaign finance malfeasance is far more daunting than a quiz about which Garfield character you are.

Maybe the new functionality helps users, but it could easily cause users to ignore pages, advertisers and even each other more easily. Organic reach is already tanking, and with potentially limited attention spans, Facebook could serve to present more and more clickbait in the arms race that is engagement.

Contrary to popular belief, Facebook does respond to user feedback and makes changes accordingly. The problem is that what users say they want and what they actually want are frequently at odds. User behavior is the primary driver behind the decisions the algorithm makes, and users are simply engaging with pages, and one another, less over time.

Facebook may have difficult time heading into the future as the news feed morphs into an ever more fractured experience.