Facebook as Gatekeeper: Holding Audiences Hostage Unless Creators Pay Up

Pages are practically useless for fans and creators unless you're a big brand with lots of money to spend on Facebook advertising. 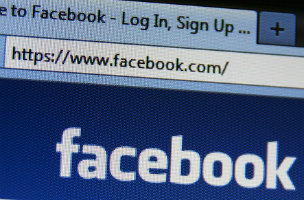 Facebook’s algorithm has been a point of constant debate ever since users realized they weren’t seeing 100 percent of the content to which they are subscribed. Some suggest working around it, others want to emulate it. However, creators with a smaller audience and fewer resources than big brands are especially unhappy that Facebook has become a gatekeeper between content and audience.

“You see, Facebook simply has to filter things, or Facebook just won’t work. How odd that almost every other form of technology is allowing increasing degrees of personalized customization, and Facebook instead is taking control away from users,” writes Kate McKissick, the creator of Beatrice the biologist. Her Facebook page has more than 183,000 likes at the time of this writing.

The standard excuse for shutting out content is that Facebook is simply too big a network, and without filtering content, the news feed would simply be a mess. But that limits user involvement in choosing what appears in their news feed. Users are presented with things Facebook thinks they want to see, and this can have some pretty disastrous results if taken to the extreme.

McKissick’s main complaint is that Facebook now charges pages to engage with the very following they worked to build. The way she sees it, the company is holding her audience hostage.

“Facebook will start to roll out a new algorithm that will stifle Pages’ organic reach to a mere 1 to 2 percent of its established audience unless, of course, you pay to reach the rest of them” she writes, referencing a change that was outlined in March of this year.

Facebook has been double dipping on engagement for quite some time now, and in conjunction with bot activity, Pages have become all but useless for anyone who doesn’t have thousands of dollars to spend promoting content every month. Organic reach is so low that pages have a hard time building a following — and when they do, they don’t have the resources to sustain audience engagement.

And all the while, Facebook sticks to the same tired excuse — there’s just too much content, there isn’t time enough to view it all.

It’s easy to see Facebook pages as a waste of time and money if engagement is so low. If the network isn’t able to fix this recurring problem, we could see the platform deliver nothing but messaging for users, and nothing but ads in the news feed. However, it seems that the company is hoping to avoid this scenario: Facebook has introduced new ways for users to control their feeds. How this will affect brands remains to be seen.