All the stalking and image management has made Facebook less a place to keep up with friends and family, and turned it into a news reader. 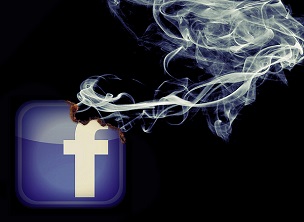 Facebook is the biggest social network, and heavy is the head that wears the crown. In the early days, it was an exclusive college club. Now it’s become a mainstay of daily life for many users. However, according to Casey Johnston, culture editor for Ars Technica, Facebook will be radically different very soon, and it’s because users have kind of broken the social network.

The great draw for Facebook is that it enables us to keep in touch with old friends. Users could passively keep in touch through status updates. But we ruined that with the practice of Facebook stalking, according to Johnston. “Any instance of Facebook interaction that ends with an unexpected third body’s involvement can taint the rest of the user’s Facebook behavior, making us feel watched,” she writes.

Trying to avoid being stalked causes users to self-censor and so does the minefield of trying to craft an identity. Facebook required real names and college affiliations early on, so the service very much reflected the real you. But it doesn’t anymore.

Identity generation, the idea that all users project an ideal self, has been the source of study since 2008. Instead of posting about the bands you like, users just like pages. Users often upload group photos to appear more social. Users sculpt an image of a happy, well-lived life, rather than posting ‘the truth,’ which is that most days, you’re not doing anything special.

The 2008 study concluded “identity is not an individual characteristic […] it is rather a social product, the outcome of a given social environment and hence performed differently in varying contexts.” In attempting to craft the ideal image to project, users post less often because they lack something interesting to add.

Self-censoring is becoming a big problem. Users avoid posting about sexuality, politics, religion and many other topics because their circle of friends may be diverse enough that their opinions could start a flame war. And there’s no way you can post a boring status, that would harm your image. Johnston explains “the best days of our lives happen so rarely, we don’t always have occasion to write something.”

Since users seem to just want to like and share, businesses and publications are starting to fill the void left by users posting less frequently. Now Facebook has become a news reader, and its Paper app makes perfect sense for this new construct. Now that Facebook has 1.23 billion users it can’t be a social network anymore.

Johnston concludes, “Facebook needs to make its users forget about what it once was and instead help them understand what it wants to become.”