The game will see players completing missions as part of Hero Command, led by Stan Lee himself. 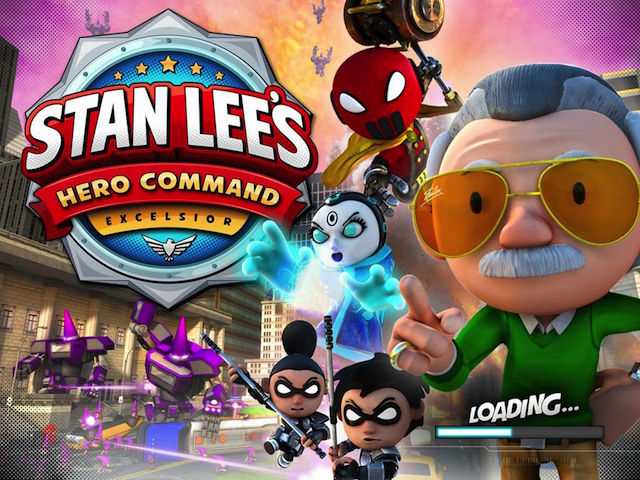 F84 Games has announced its partnership with legendary comic creator Stan Lee and POW Entertainment to developer a new superhero experience for mobile devices. Appropriately titled Stan Lee’s Hero Command, the action adventure game will allow players to meet and interact with a group of superheroes, on a quest to save the day from disaster.

In the game, Stan Lee becomes the leader of Hero Command, and will give players assignments and missions to complete alongside new heroes. These heroes include Captain Steamhammer, a Russian strongman in a steam-powered suit, and Seer, a child genius and powerful psychic. These new heroes will go to battle against villains including Lord Hibiculus, the leader of the Dark Gnome aliens from Gnomulon, and Sand Witch, an ancient mummy.

In a statement, Stan Lee, chief creative officer at POW Entertainment, commented on the game’s design:

Fans of my classic superheroes are going to love the new characters they can play as in Hero Command. Plus, the game has me as a character – what more could you want?

F84 Games has plenty of experience creating games for established brands and names, having previously developed mobile titles based on the adventures of survivalist Bear Grylls, and WordWorld, a popular children’s television show from PBS Kids.

We’re thrilled to create an original hero series with a legend like Stan Lee. Our goal for Hero Command is to develop a fun and familiar experience that doesn’t take itself too serious. Frenetic action, new and exciting characters – all free-to-play.

Stan Lee’s Hero Command is set to hit iOS and Android devices as a free download on March 19. The game is described as “ever-expanding,” as new heroes, missions and worlds will be released on a regular basis after launch. Check back soon for more.