Disney Eats will include original programming and video series 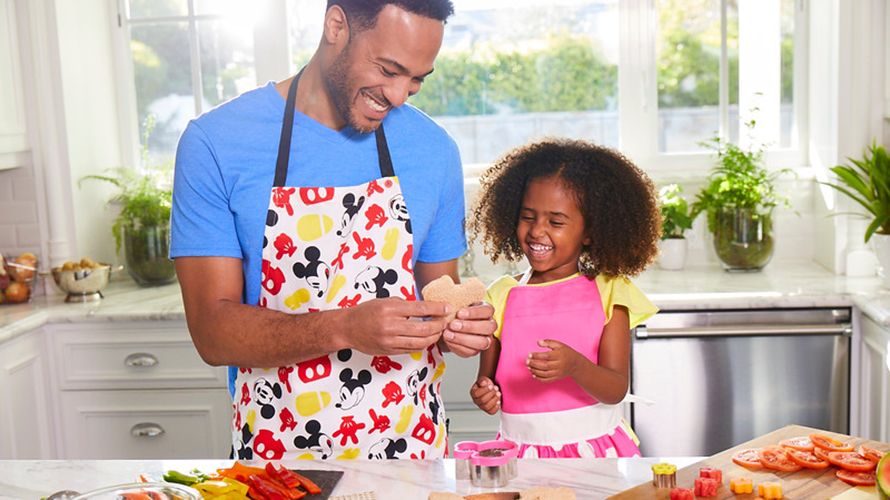 At its 2018 NewFront, Disney Digital Network (DDN), which creates digital stories for millennials and Gen Z, said the network is seeking to further engage that audience by marrying Disney fandom with lifestyle topics like pop culture, style and food through new brands, partnerships and content.

The presentation came after a 25 minute wait for attendees to sign NDAs and seal their phones in envelopes as Disney also showed a clip from Wreck-It Ralph 2. (But, for their trouble, guests got to take selfies with Mickey Mouse afterward and took home $50 giftcards.)

“If you look where millennials are spending time and money, it’s around experiences,” said Josh Mattison, vice president of sales at Disney Digital Network. “Food and culture experiences are a big part of that.”

The network, which DDN said reaches more than 1.3 billion followers, is made up of editorial brands like Oh My Disney, Disney Style and Babble, more than 350 cross-platform social media channels and Maker creators and digital influencers. (Disney acquired Maker Studios in 2014.)

New for 2018 is Disney Eats, an editorial brand DDN said “recognizes the bond and community that form over culinary experiences and embodies the communal spirit shared with friends and family over a meal.”

Disney Eats will include what DDN called diverse culinary adventures inspired by Disney characters and the flavors of Disney Parks. It will also share curated content from food influencers and videos from DDN’s other editorial properties.

And, finally, Disney Eats has partnered with lifestyle network Tastemade to develop original programming and video series with titles like Kitchen Little, Tiny Kitchen and Must Be Science. (Disney Eats also boasts a collection of cooking products—including cookbooks—for millennial families.)

Meanwhile, Oh My Disney is getting a new podcast series DDN said mines longform content from its archives, along with stories from Disney Publishing Worldwide, which will give listeners an inside look at untold stories from Disney history, like the story of The Lion King, which was initially referred to as “Bambi in Africa.”

New programming on tap for 2018 includes the return of Club Mickey Mouse and a countdown to the 90th anniversary of Mickey Mouse with 90 days of original Mickey-themed content, as well as shows like Designing Disney, Disney Dream Job and Most Extra Parents.

DDN will also put out Star Wars Season of the Fan, a cross-network campaign that celebrates Star Wars fans through digital video programs, including the docuseries, Our Star Wars Stories, and the Star Wars Fan Awards.

The next movie in the Star Wars franchise, Solo, comes out in May. Disney acquired filmmaker George Lucas’ media and entertainment company Lucasfilm for over $4 billion in 2012. It has since put out three additional Star Wars movies, which, as of December 2017, have themselves brought in more than $4 billion.

“We know that our clients and advertisers are looking for unique, compelling, brand-safe and diverse ways to reach audiences at scale,” said Rita Ferro, president advertising sales and marketing, direct-to-consumer and international, Disney/ABC. “The results that Disney Digital Network has generated for advertisers in the last year alone prove that we are delivering on those needs.”