These Cases Could Impact the Future of the Internet

Regardless of the outcomes of the Supreme Court cases and the FCC decisions, these stories could become defining moments for the Internet. 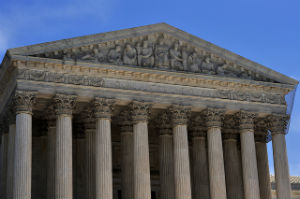 As we enter the new year, we inch closer to government action on issues that are troubling the internet. One such change is the possibility of the FCC redefining what broadband and hopefully ruling on Net Neutrality soon. Also, the FTC dropped the charges against Yelp, and it’s possible that the Supreme Court could clip the NSA’s wings this year

Each year, as mandated by congress, the FCC must produce an Annual Broadband Progress Report. This year the report “finds that broadband is not being deployed to all Americans in a reasonable and timely fashion, especially in rural areas, on Tribal lands, and in US Territories.”

In addition, FCC chairman Tom Wheeler proposes that ‘broadband’ be defined as a 25mbps downstream and a 3mbps upstream bitrate. This new definition would not require ISPs to offer this speed, but it would mean that slower speeds can’t be called broadband.

Demand for higher speed internet is similar all across the country, but according to the FCC, rural areas are chronically underserved. A faster internet for all is a better internet for consumers and online services alike. After much delay, the FCC is also slated to finally rule on Net Neutrality in February, which could protect consumers by redefining broadband as a utility.

In other news, the FTC has concluded its inquiry into Yelp on the matter of ratings manipulation for pay. According to a blog post from Yelp:

The FTC looked into our recommendation software, what we say to businesses about it, what our salespeople say about our advertising programs, and how we ensure that our employees are not able to manipulate the ratings and reviews that we display on our platform.

Finally, and perhaps most importantly, there are a number of cases that could result in the Supreme Court reining in the NSA this year. Many of the cases, as compiled by Ars Technica, involve plaintiffs suing the government for intercepting their data on social networks and phone carriers.

The Electronic Frontier Foundation is bringing a number of cases against the NSA for its metadata collection program. If these cases are successful, it could mean challenge programs like PRISM, and the NSA’s ability to collect data in the ways they currently do.

Regardless of the outcomes of the Supreme Court cases and the FCC decisions, these are stories for consumers and social networking sites to put on their watch list for the year.