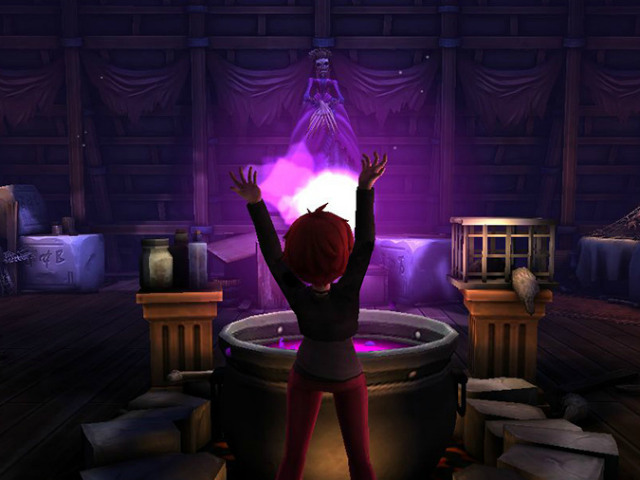 Amazon Game Studios has announced the release of Til Morning’s Light on iOS and Amazon Fire devices. Developed by WayForward, the game sees players helping a teenage girl named Erica escape a haunted mansion before she joins its ghostly residents for eternity. The mansion is under a 200-year-old curse, leaving Erica to discover and defeat those behind the spell.

Til Morning’s Light is an action adventure title, combining puzzle-solving and rhythm-based combat with mansion exploration. Players tap or tap and drag to move Erica around environments, and tap again to interact with objects like desks or doors. Gamers will collect keys and other important objects to open doors or complete puzzles, while journal entries flesh out the story. Clue objects are also scattered in some locations, which make puzzles easier to complete if gamers take the time to analyze them.

As players encounter enemies, they can defeat them in rhythm-based combat. Battles and prompts become more complex over time, and may see players tapping on the screen when a moving line meets a circle, or swiping when arrows fill with light, and so on. Missing a prompt allows the enemy to attack.

Environments are filled with food items and coins, with food restoring Erica’s health and coins being used to purchase extra food or boost items in the game’s stores, which are found in specific rooms. Some boosts relate to enemies, and allow players to slow down enemy movement or reduce the damage Erica takes in battle for a limited time. Another boost gives Erica an instant coin bonus each time she enters a room. Coins can also be used to receive the solution(s) for current room’s puzzle(s).

There are over 100 unique rooms and locations to explore in all, with some rooms offering more than one puzzle to complete. Gamers will pick up new weapons as they progress, but can only carry a single weapon at a time, meaning they must leave behind their current weapon when they find something better. This is worth noting, as some weapons have dual purposes and can be used to solve the game’s puzzles or collect extra coins.

Since there’s so much to keep track of, the game’s map gives users an instant look at the rooms they’ve yet to explore, marking locked doors, highlighting rooms with unsolved puzzles, shopping rooms and the locations of leftover weapons.

An additional collectible element is also available in Til Morning’s Light, as players are asked to rescue 20 lost souls during their journey. As players defeat enemies, they collect a substance used to reveal these lost souls (markings in the environment make it clear one is nearby), and players are promised an extra reward if they free all 20.

Til Morning’s Light is available to download for $6.99 on the iTunes App Store and the Amazon Appstore for Fire tablets and phones. Players can learn more about Erica by listening to her free audio blogs on Audible.