Reaching consumers during marquee sporting events is the expensive route, but it doesn’t mean it’s the only way to reach interested audiences. 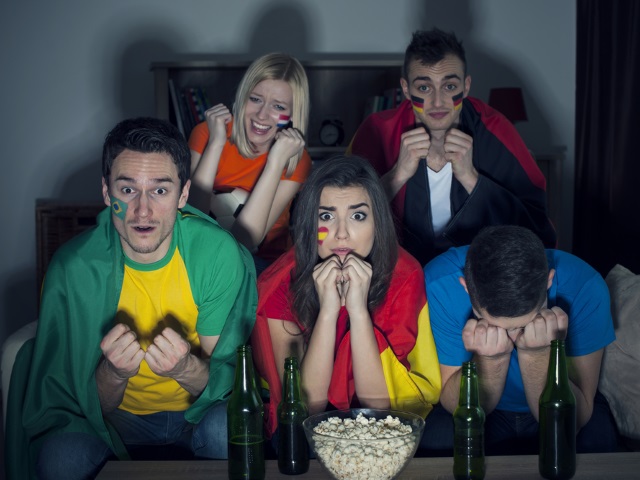 The past month saw a flurry of advertiser activity, spending and consumer attention dedicated to the 2016 Summer Olympic Games in Rio de Janeiro. Now, with the 2016-17 National Football League season ramping up, advertisers are again facing what seems like a yearly dilemma: Should they spend top dollar to advertise during these live sporting events?

With some advertisers shelling out staggering amounts to reach fans during these big games, it can be hard to gauge their return on investment. This year’s highest-priced unit is a 30-second clip in NBC’s Sunday Night Football, reaching $717,375. And across the board, advertisers are seeing an 8 percent cost increase over last year for NFL slots.

Despite these high prices, it can be tough to ignore the promise of guaranteed audiences of such magnitude. While viewership has been decreasing by the year for most primetime slots, the 2015 season of Sunday Night Football actually saw a 5 percent viewership increase.

But this doesn’t mean that advertisers need to go NFL or go home. Strategic TV buys during these marquee events will always be a safe bet, and there are lots of ways digital campaigns can help advertisers maximize the ROI for these big spends.

Even on the night of the big game, TV ads shouldn’t live alone. Here are three ways advertisers can bridge the live sports “gap” with digital:

Pair TV with social media campaigns: There is increasing evidence that consumers are pairing their TV watching with “second-screen” behaviors on social media, a trend that was underlined by Twitter’s $10 million deal to livestream NFL games.

For advertisers, this means more opportunities for synergy between their TV buys and video buys during NFL games, as well as more, and potentially more cost-effective, inventory. It also means that brands can use their existing social media channels and internal resources to communicate with their audience and bolster engagement.

Get creative with celebrity and athlete endorsements: Even if you can’t advertise during the big game, there are still plenty of opportunities to get fans’ attention during such events. While in previous years advertisers that were not official sponsors were barred from showing Olympic-themed ads, a loosening of International Olympic Committee rules this year allowed Under Armour, a competitor of official Rio sponsor Nike, to have a seat at the table.

Although Under Armour still couldn’t directly talk about the Olympics by name, it was able to reference one of the most popular gold medalists in its ads—the most decorated Olympian of all time, Michael Phelps–helping it drive significant interest from Olympics fans. It also helped Under Armour avoid any Rio-related fatigue from consumers who might have been sick of hearing about the Games after two weeks, giving the ad a much longer shelf life.

Look to buy ad placements “around” the stories of the big game: Marquee sporting events aren’t fun just because of the game itself. There is also tons of online analysis, controversies off the field and human-interest stories of the athletes themselves. Think about what fans are talking about related to the big game, and there may be opportunities to buy video placements that align with these stories.

A real-life example of this is a “pop-up” programmatic network publisher Scripps Networks created to help advertisers reach Olympic audiences. Although it didn’t have the same rights as NBC, Scripps Networks was able to build responses around the outcomes and additional stories from Olympic Village and beyond.

Reaching consumers during marquee sporting events is the expensive route, but it doesn’t mean it’s the only way to reach interested audiences. Thanks to the growing partnership with TV, video and social media, there are more ways than ever to connect with your brand’s fans.

Patrick Hanavan is the chief client officer at Extreme Reach, a cloud technology platform for television and video ad work flow and talent and rights management.