4K is the highest resolution supported by most smartphones 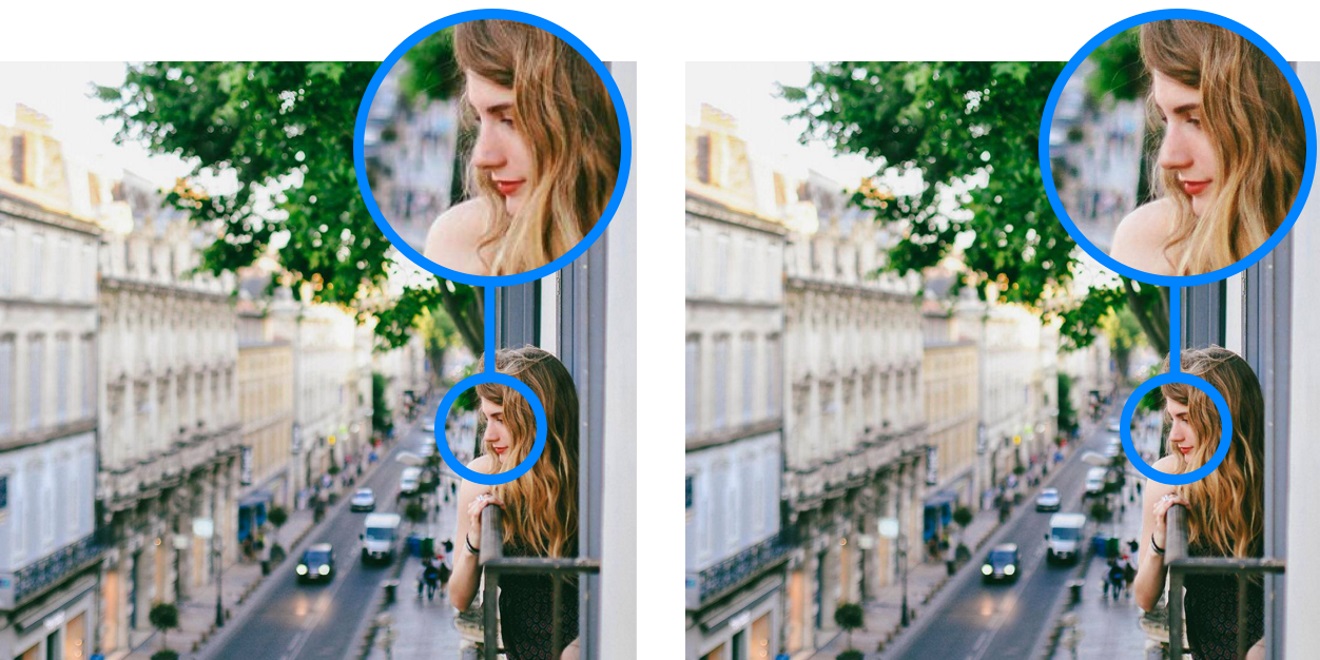 If those photos on Facebook Messenger seem a little sharper to you, you’re not seeing things.

Messenger product managers Sean Kelly and Hagen Green announced in a Newsroom post that people can now send and receive photos in 4K resolution—4,096 pixels by 4,096 pixels, the highest resolution supported by most smartphones.

Support for 4K resolution began rolling out Tuesday for iPhone and Android users in the U.S., Canada, France, Australia, the U.K., Singapore, Hong Kong, Japan and South Korea, with additional countries to follow.

Kelly and Green wrote: “We heard that people want to send and receive high-resolution photos in Messenger, and considering people send more than 17 billion photos through Messenger every month, we’re making your conversations richer, sharper, and better than ever. To send and share photos at 4K resolution, first update your Messenger application to make sure you have the latest version. Then open a conversation and tap the camera roll icon. Select the photo, tap send and the person you’re messaging with will receive the high-resolution photo.”

They also shared the examples below of non-4K images on the left and 4K images on the right featuring a beach in Sydney, the Brooklyn Bridge, a Paris street and a London park. 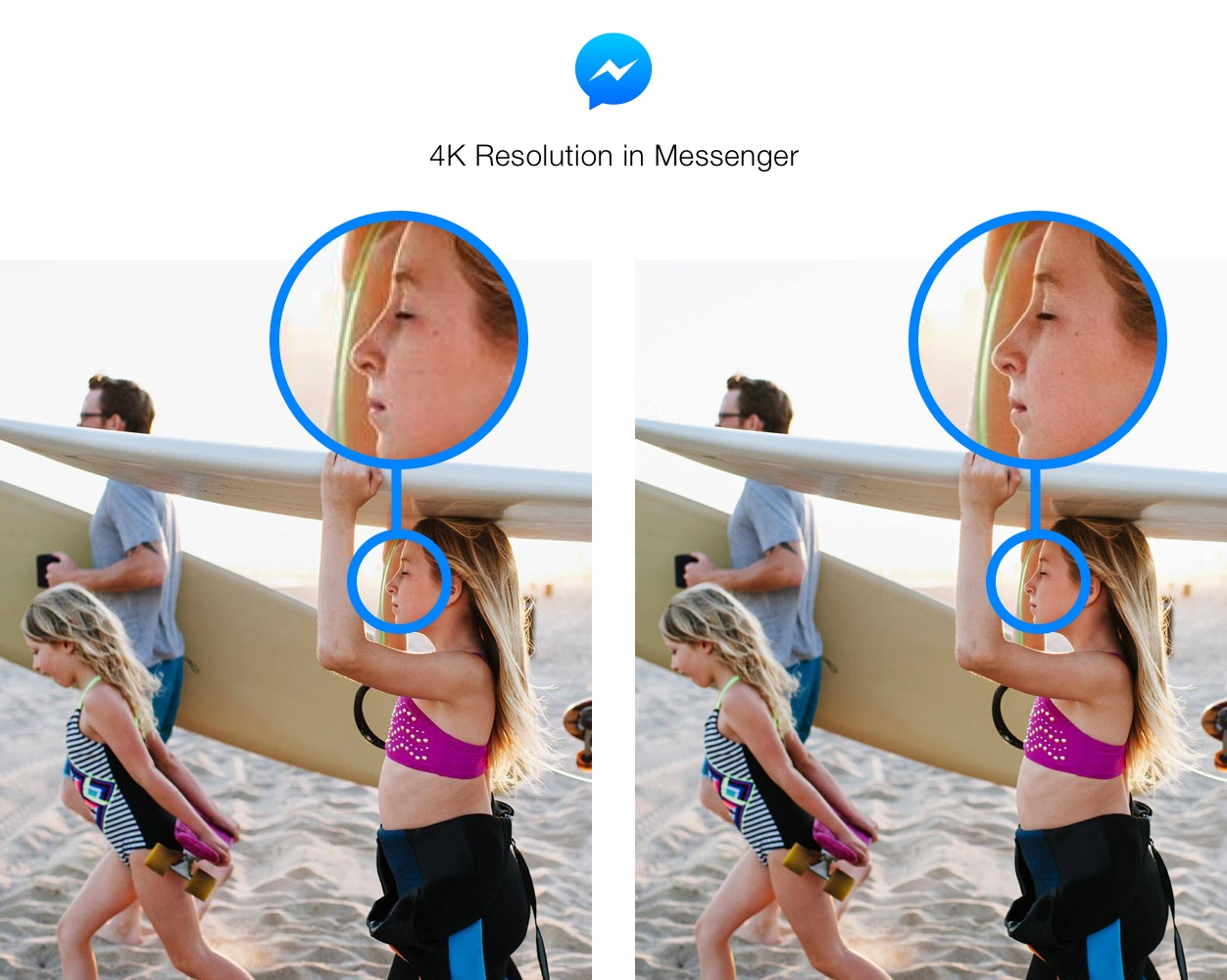 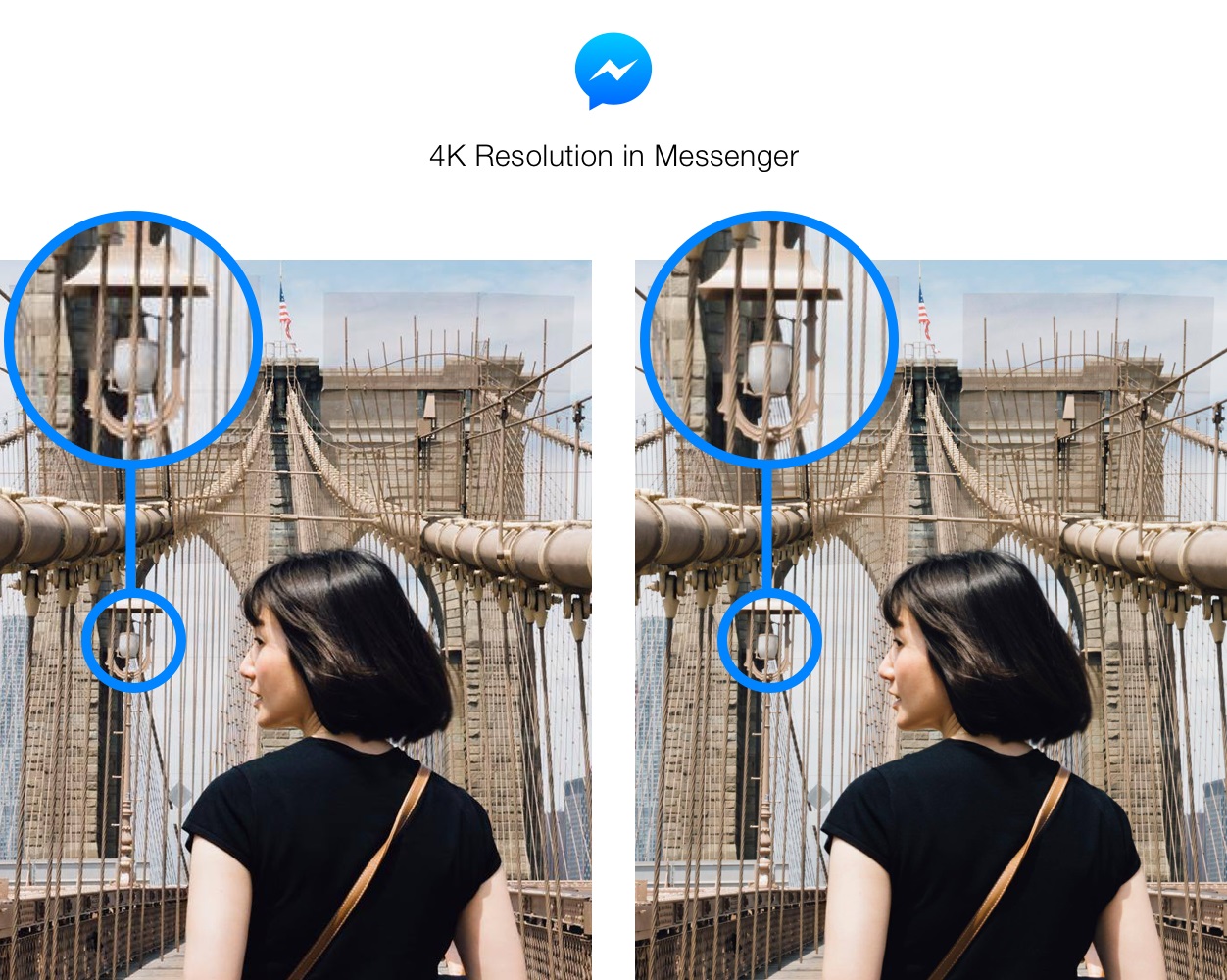 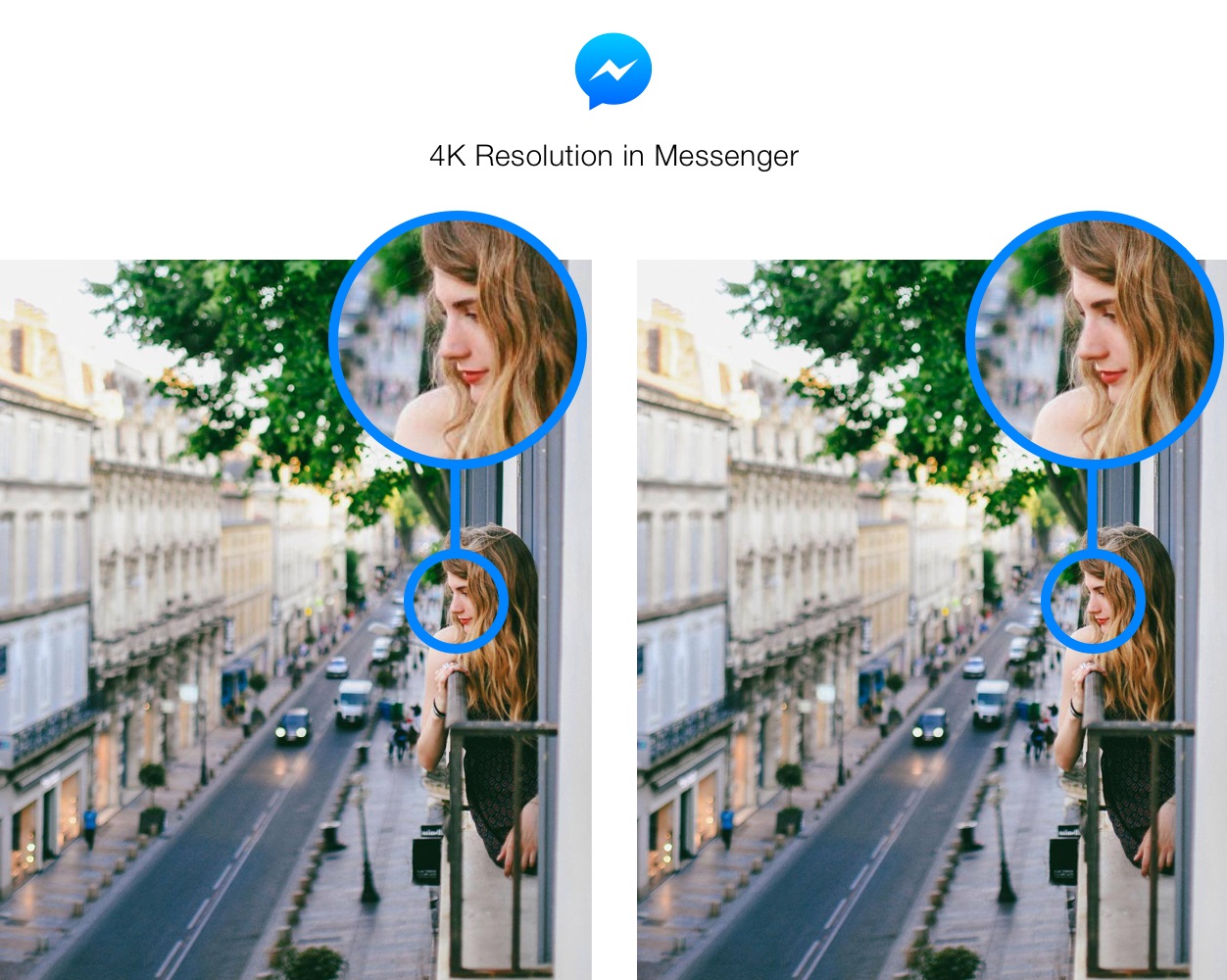 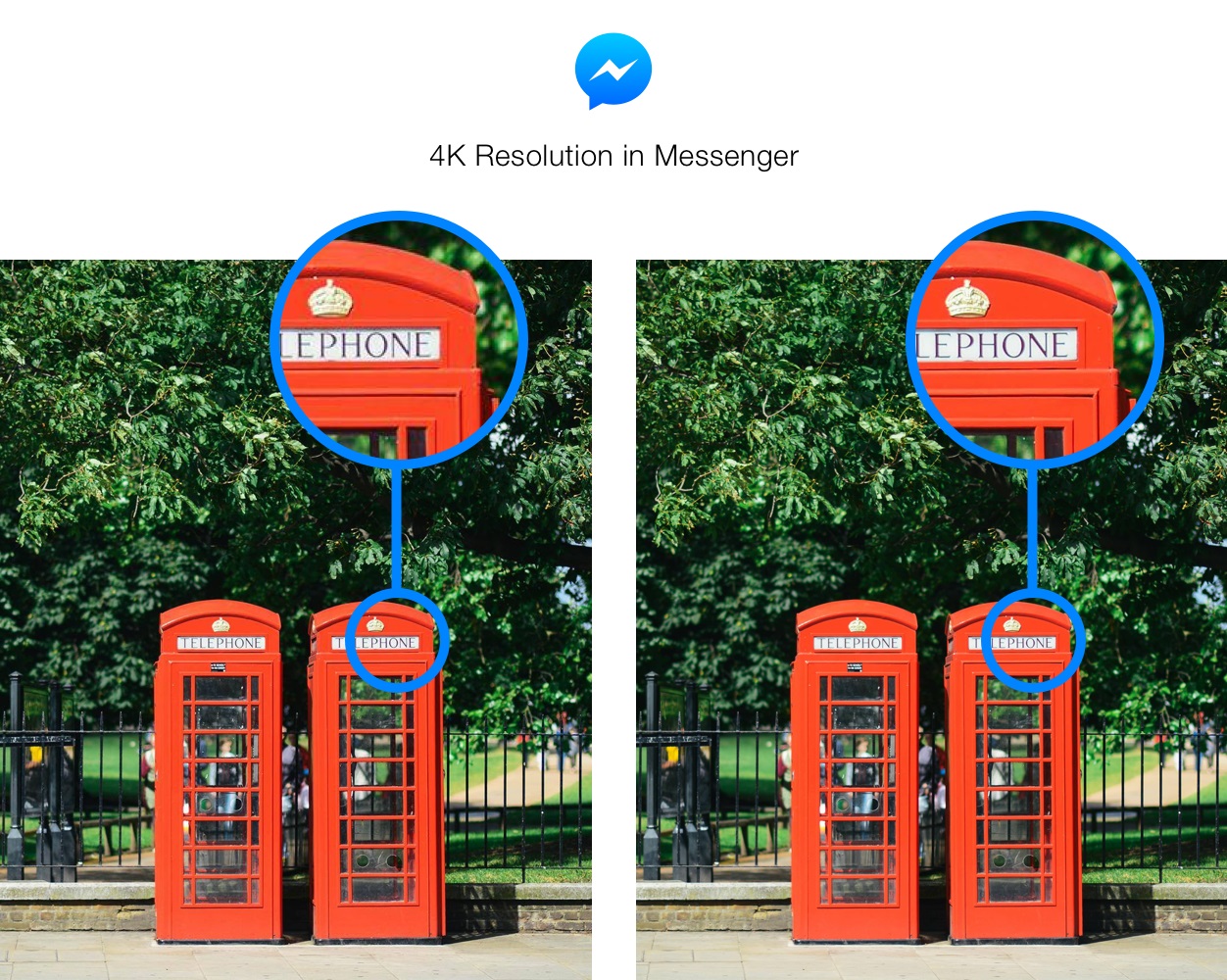