Why Would an Ad Create the ‘Worst Song in the World’? To Make a Pretty Relatable Point, Actually 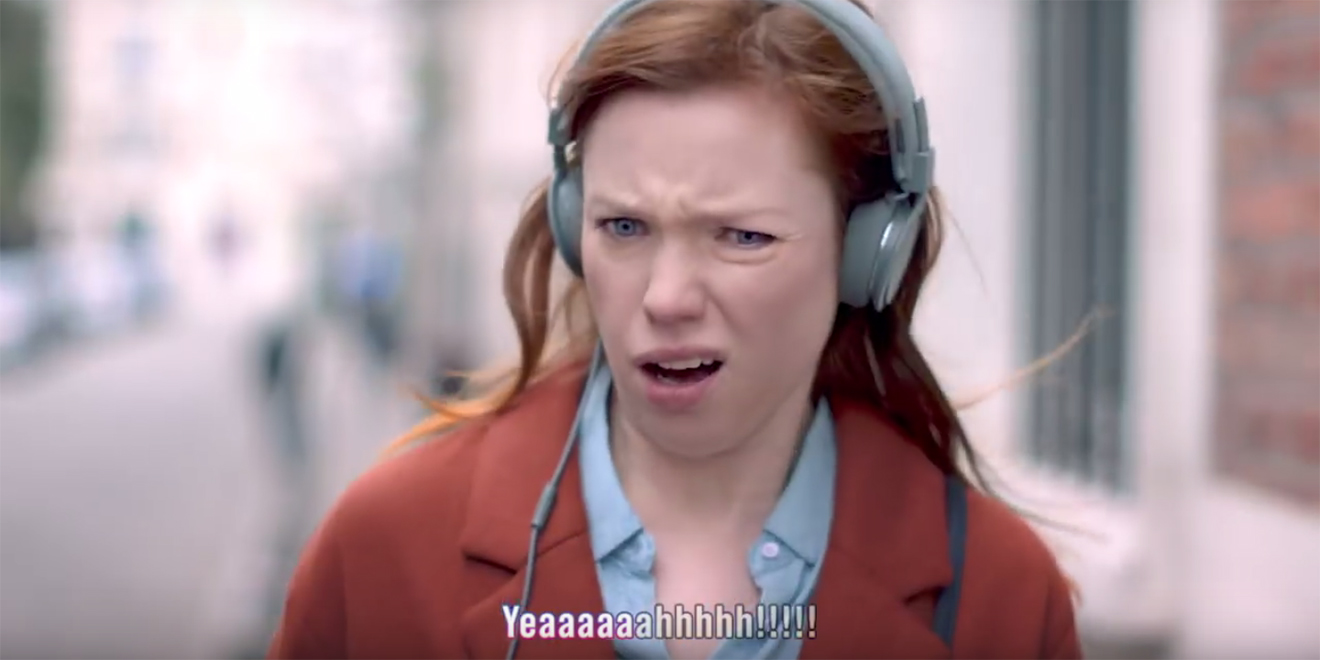 When the worst song ever pops up in your playlist, there must be a good reason not to skip it.
Monoprix
Share
By Gabriel Beltrone
|
April 12, 2018
Share

The amusing new ad from French food-and-sundries retailer Monoprix poses a pretty basic question: Why would a young woman suffer through an impossibly bad song instead of just skipping it? There’s an answer, but you have to wait until the end.

The music-video-length ad from Parisian agency Rosapark and directing team Traktor opens on the heroine, strolling down the street, listening to a sweet indie folk song. The tune is winding down, and she smiles softly as the last chord rings out.

Up next on her playlist? A garish, blaring, ’80s synth rock track whose accompanying music video mashes together all the worst impulses of an era. There are green-screened backdrops—lots of them—with pulsing neon geometry, and pastel palm trees, and pyrotechnic geysers, and fake motorcycle rides through fake deserts, and a chartreuse cat with 8-bit sunglasses. There are several kinds of bad hair. There is a keytar—and, as the spot is sure to emphasize, a searing saxophone solo.

It is, quite literally, “The Worst Song in the World.” That’s the song’s title and hook, and it repeats ad nauseam in the first 20 seconds like any good pop ear worm (even an ironic one). For some reason, the young woman—clearly in pain—marches on.

The pop nightmare devolves into a genre medley, serving up a bad rap bridge before the chorus comes back around—straight out of left-field, inexplicably in Spanish, with a Latin percussion groove jammed in for good (or rather, poor) measure.

Eventually, the woman gives up, huffing to the top of a set of stairs, lugging four bags stuffed with groceries—letting out a wail in perfect time with one last synth sustain, before freeing her hands—and her ears.

“Having your hands free changes everything,” reads the on-screen copy. “Shop at the store, get your groceries delivered.”

It’s a delightful illustration of a clever, relatable insight. Any non-car-owning millennial who’s had to suffer the indignity of buying their own food and carrying it home has had a similarly soul-crushing moment of unavailable hands.

The meta lyrics carry the joke—with the lead singer rattling off random theories as to how the tune possibly could have found its way onto the woman’s playlist (“Maybe your dad is using your account”), and the goofy emcee earnestly, accurately promising in what’s arguably the song’s best line, that every single one of his lines will feel like a “cold slap.”

(It’s all quite a departure from Monoprix’s popular 2017 ad, Label of Love, which featured one of the best backing tracks in advertising history: Big Star’s lovely and lilting “Thirteen.”)

The music and visuals are both deftly produced—though, in yet another twist, a lot of the kind of ’80s-style synth-pop and drum sounds mocked therein have enjoyed a revival over the past ten years or so (Producer-of-the-moment Jack Antonoff features a ripping sax hook on the 2017 track “I Miss Those Days” from his project Bleachers; French electronic group M83’s 2011 hit “Midnight City” features huge, reverb-soaked snares and toms, plus its own big sax solo).

“To create ‘the worst song in the world’, we had to find the musical universe that would be the farthest away from the young woman’s,” says Gilles Fichteberg, co-founder of Rosapark.

“Everything is told through the song—the song is the script and sets up what happens in the story. Our biggest challenge when writing the song was finding just the right contrast between the young woman’s universe and the band’s universe. She’s cool, trendy, clearly listens to decent good indie music, and all of sudden this terrible band pops in. It’s a clash of culture, of good taste vs bad taste. We wanted a band that was a blend of bands like Van Halen, Europe and pop, new wave bands like Wham and Duran Duran.”