Sneakers? Gnocchi? This Creative Will Trade His Original Art for Whatever You’re Willing to Barter 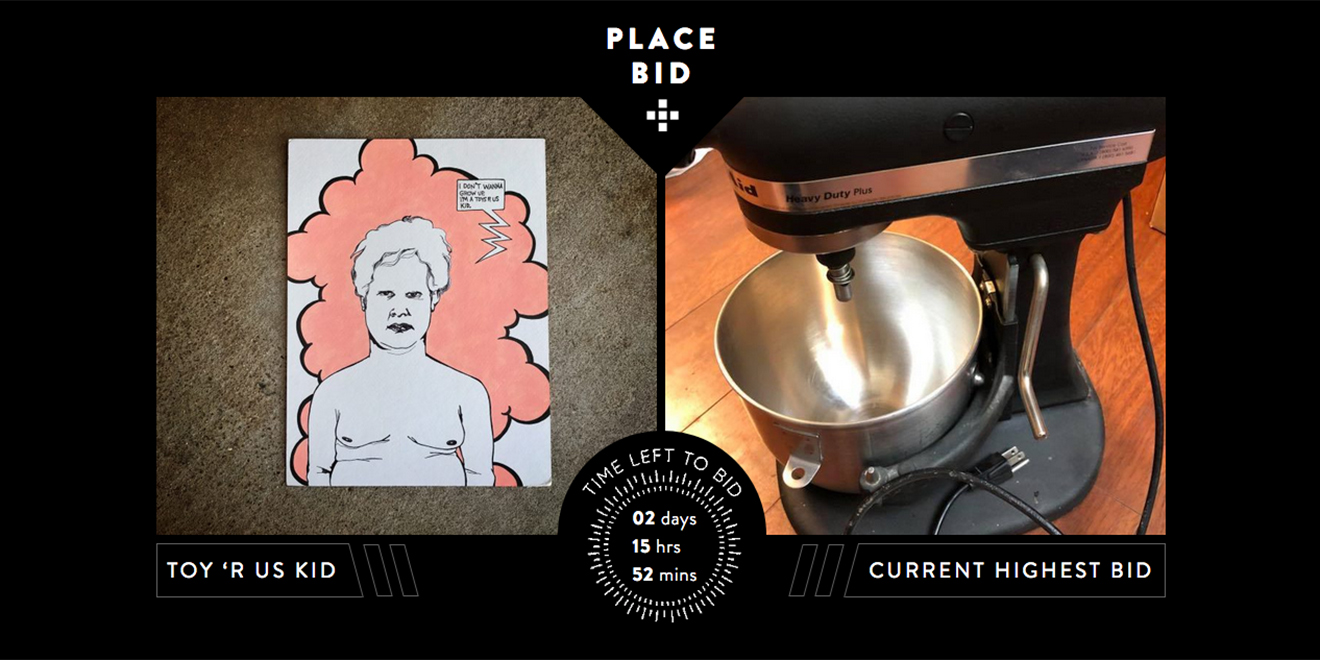 Like a lot of people in the ad industry, Jeffrey Butterworth is also an artist outside the job. But as the GSD&M creative director’s drawings and paintings began to pile up, he wondered what to do with them. He didn’t want to sell them—so he decided to trade them, instead.

Cue ArterBarter.com, the website where Butterworth auctions his works in exchange for … well, whatever people want to offer. Since launching it last August, he’s completed more than 40 trades—a trippy piece titled “Advice from My Transgender Dad” (acrylic and ink on paper) netted three purses worth some $250, for example. A cheekily colorful framed motivational number, “Hustle Hard” (acrylic and ink on canvas), got him a home WiFi system and a bottle of Macallan 12 Scotch.

“I’ve bartered for a vintage bowling trophy, a boat load of homemade gnocchi, a telescope, a record player, and more recently I traded artwork for a poster to a movie premiering at Tribeca Film Festival later this month for a cameo in that director’s next movie,” Butterworth tells Adweek. (That movie “White Tide: The Legend of Culebra,” also happens to star his brother, Bo Butterworth).

The auctions run one at a time, and currently topping the site is “Hip-Hop-Opatumas”—a yelling white cartoon hippo in roller skates against a pink cloud (ink and acrylic on archival paper). The current high bid? A double date at Austin restaurant Barley Swine with the buyers. (A wish list posted to the ArterBarter Instagram account in September asks for a Yeti cooler—it’s not clear if that dream has yet come true).

Butterworth, 38, has been making art since he “could hold a pencil,” but says most of the work that he’s bartered is from the past two to three years. He first came up with the idea for ArterBarter while working at R&R Partners in Las Vegas some five years ago, but didn’t start developing it until 2016, two years after he moved to GSD&M (where his work for brands like Popeyes includes a campaign that used people’s brain waves to measure how badly they really wanted the chain’s chicken).

In fact, most of the costs of creating and marketing the website were covered by services he gained through trading his art. “I paid for the web development, but even that was paid for by money I got for selling a few paintings,” says Butterworth. “I was able to get the video, PR and paid social all through barters. There was one person, Eric Rice, a former partner of mine in Vegas, now at Fallon, who was hugely instrumental through it all: the brand identity, design, logo, and more.”

Read on for more insight into why Butterworth prefers to barter his works, who ends up getting them, and his bigger plans for the site:

Adweek: Why trade art for other objects instead of selling it for cash? (Only because you thought you wouldn’t be able to get enough cash for it, or is there more to it?) 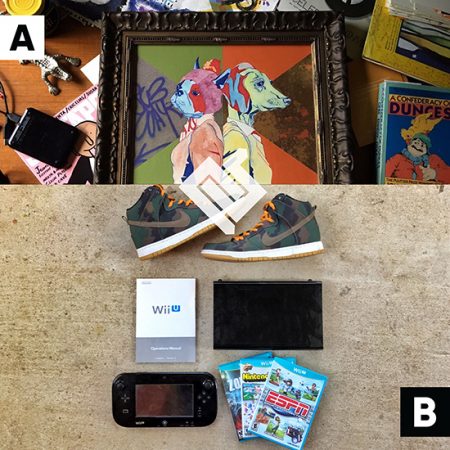 Jeffrey Butterworth: I’ve drawn and painted my whole life, but never did anything with the art I made. Part of that was due to the fact that for years I didn’t think enough of my stuff, but the bigger thing was always, “What do I really want for these?” The answer I arrived on was “other people’s art.” Taking that another step further, it would be great to just put my pieces up asking for anything but cash. Then I started down the path to making it happen.

What’s the average number of bids on a piece?
It varies widely. And not all of the transactions on the website happened online. Some happened in the hallways of GSD&M, or through a text, that sort of thing. But there are also plenty of organic trades too, and in those it can range from one bid to several.