Plus a commercial, all saluting their ambitions 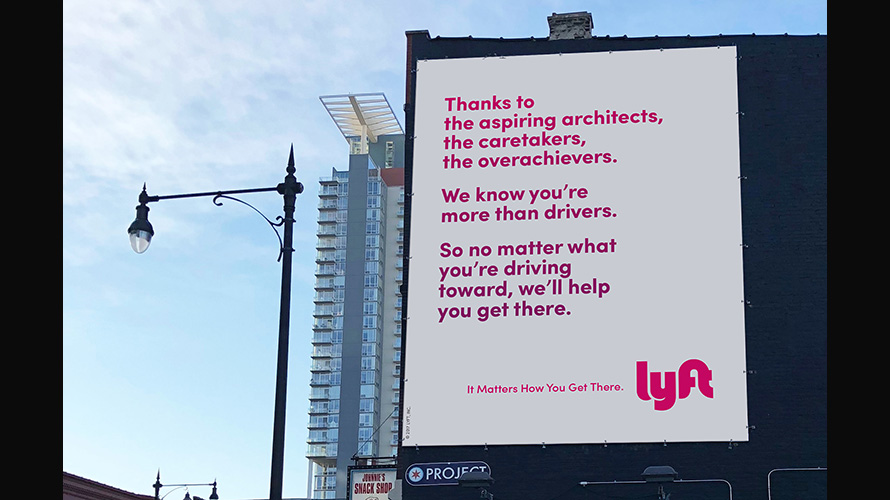 Lyft has made a concerted effort, in its business strategies and its advertising, to make its drivers feel valued—from last year’s seven-minute animated short “June” (released on its own “Lyft Driver Appreciation Day”) to this year’s car-wash stunt in Los Angeles.

The ridesharing company, and agency Wieden + Kennedy New York, return to the theme with an end-of-year campaign that again salutes the drivers—and everything they want to be outside of their Lyft work.

Out-of-home work is now live in seven markets—Austin, Los Angeles, Chicago, San Francisco, Boston, Denver and Washington, D.C.—and features lists of Lyft drivers’ extracurricular interests and responsibilities. The ads salute whatever the drivers are, or wish to be, outside of driving—parents, students, musicians, brew masters, producers, writers, or all around “go-getters.” 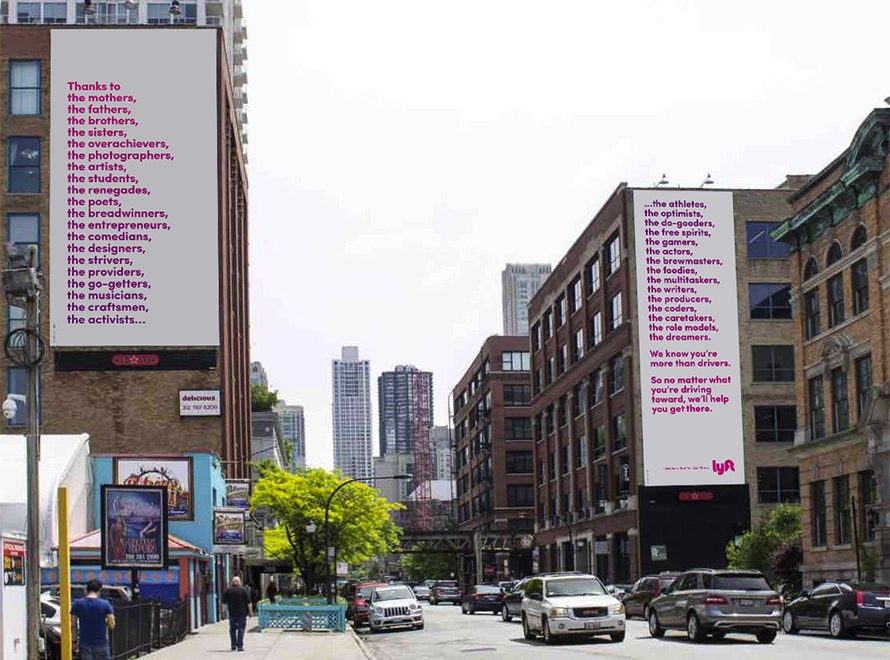 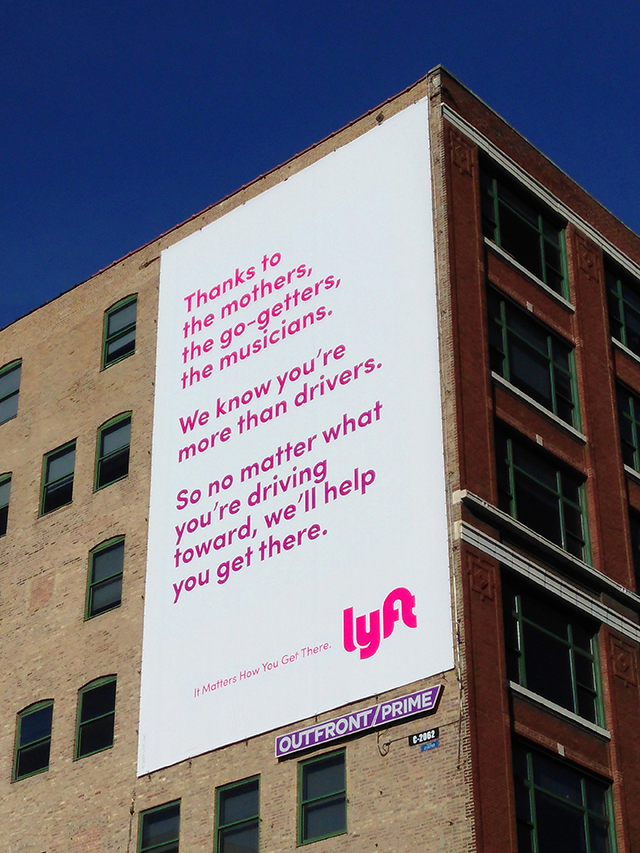 The ads conclude: “We know you’re more than drivers. So, no matter what you’re driving toward, we’ll help you get there.”

That’s a nice, if obvious, way to put it. And the ads, while narrowly targeted top Lyft drivers, have the halo effect of making Lyft seem like a good, caring company—in stark contrast to beleaguered rival they could name.

There’s also a split-screen video as part of the mix. Check that out below.

Lyft has moved to demonstrate its commitment to drivers in other ways, too. Soon, all of its 2,000-plus corporate employees will be required to spend at least four hours every three months experiencing what the drivers do, CNET reports.

That means staffing driver-support calls, working in one of Lyft’s driver hubs or actually being a Lyft driver.