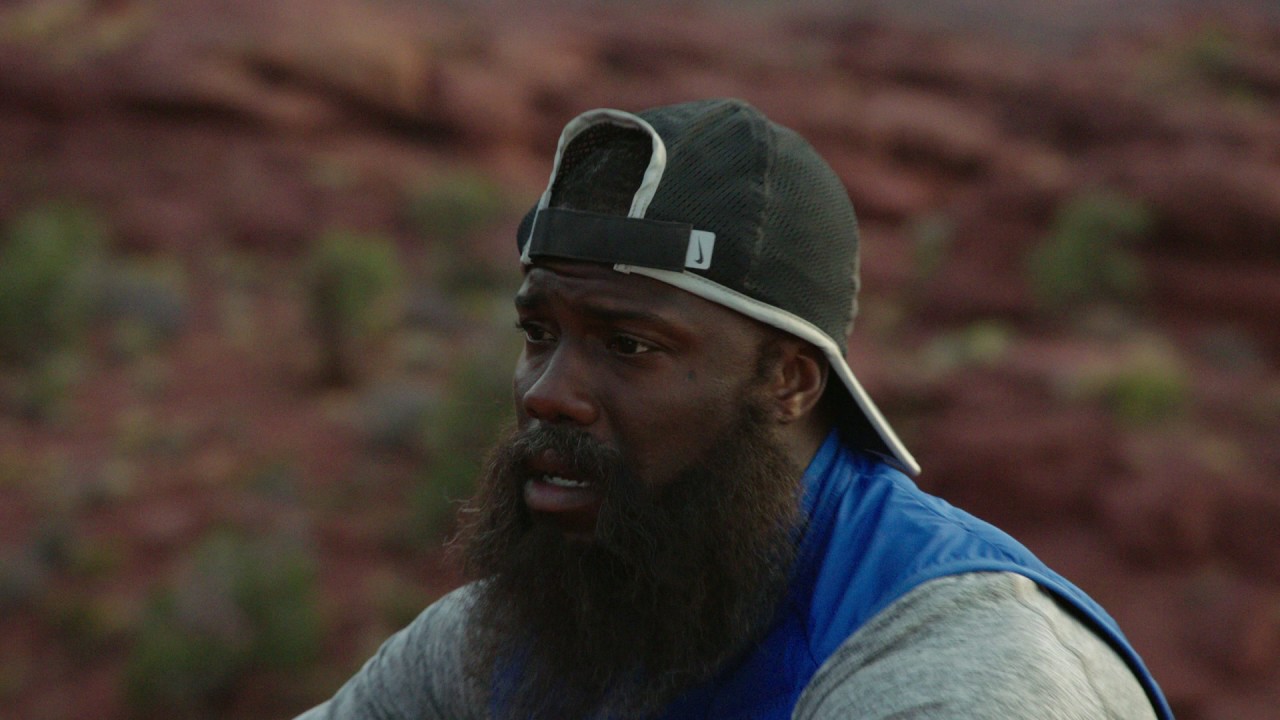 Kevin Hart is a famous comedian who is busy at any given moment filming his latest buddy flick or starring in ad campaigns for H&M, Xfinity, Madden, etc.

But he's also a frequent runner who recently made the life-changing decision to start using an Apple Watch Nike+ to track his workouts—and it led to some very strange places, according to this amusing new Nike campaign by Wieden + Kennedy Portland.

The new Nike+ version of the Apple Watch begins each day by asking "Are we running today?" And for Hart, at least, the answer is always yes.

As you can see, Hart just kept going, followed by his ever-expanding facial hair. Living as far off the grid as possible may have proven more challenging than expected, given the near-total absence of food and water, but that's nothing to a runner with a cause.

Hart's isolation isn't complete, thanks to both the watch's networking services and the company of his new friend, Hollywood the wolf.

As he approaches the 100-day mark, however, Hart begins to grow delusional to an "eating rocks" degree. And he hasn't even reached the halfway point of his run, wherever it may be leading him.

Finally, our hero finds a new soulmate as he continues to make his way across the desert in a well-worn pair of Nike Lunar Epics. But the relationship is short-lived, as the watch asks, yet again, whether he plans on running today.

The campaign may convince viewers that the new Apple Watch Nike+ and its attendant apps do indeed offer comprehensive run tracking services. But several questions remain: How did Hart charge his tech? What did he eat during this three-plus month period? Did he ever learn "what dirt really is"?

We do know the answer to the most important query, though: That beard was definitely fake.