A life and a career, 'frame by frame' 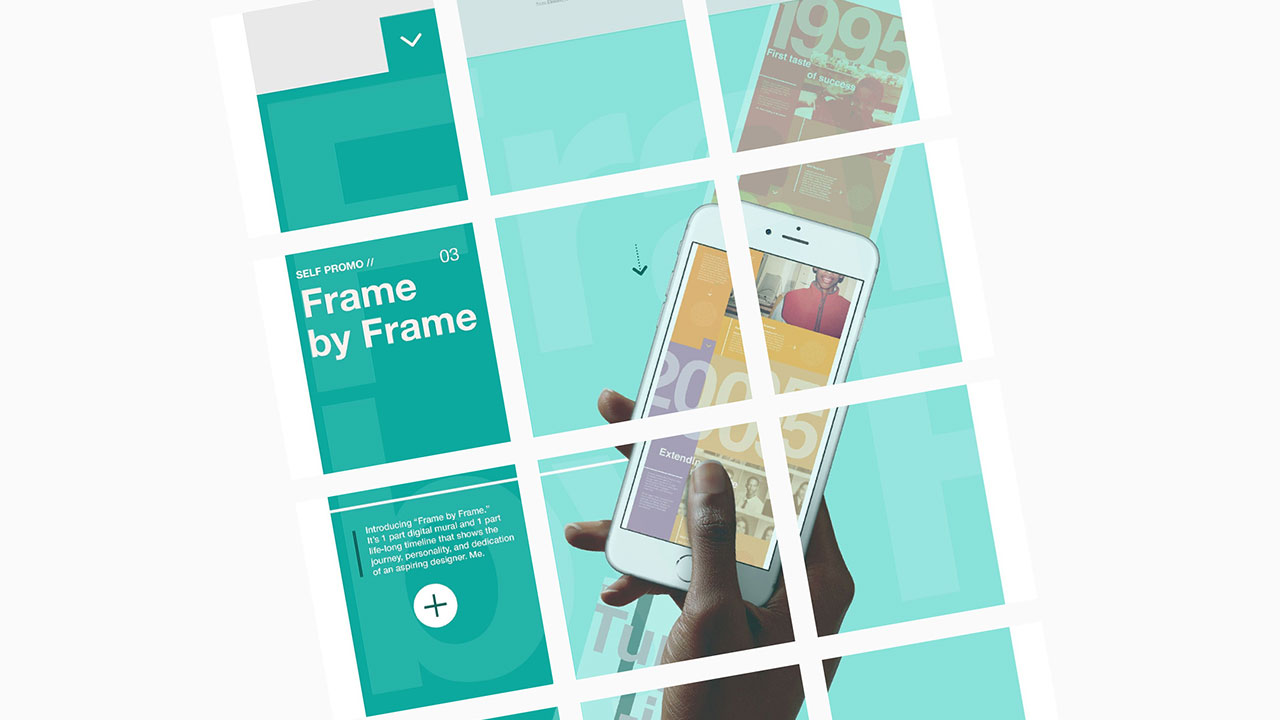 "I had to get my portfolio together and I thought, what better way to spin it than to put the entire thing on Instagram?"

Art director Castro Desroches had been working in digital marketing positions at various agencies for several years, and like most creatives, he needed a concise way to sum up his career to date. After 300 images, seven videos, five separate accounts, five total do-overs and three instances of being banned from Instagram, he finally managed it with a project called "Frame by Frame."

In updating his personal portfolio and résumé, Desroches wasn't happy with the available options. He tells AdFreak: "LinkedIn didn't seem like a narrative that would allow people to make an informed decision on hiring [because] it doesn't show the character of the person."

As a solution, he created two separate Instagram accounts: one to lay out his career trajectory and one to showcase his work. He did so by arranging 225 total posts to form two distinct grid-based visual narratives that can truly be appreciated only on mobile (which is where most users access Instagram in the first place).

Desroches describes @castro.frame as "a timeline of my artistic milestones, when I was in school, certain things in my early childhood and a startup I had a while back." Most of the individual entries include additional information leading to a "Skill Acquired" conclusion. And throughout the chronology he interspersed video snippets of early computer-focused TV shows, Dragonball Z clips and software demos to better illustrate his progression.

The set Instagram layout allowed him to experiment a bit. At a specified "Turning Point" and "Pivotal Moment" in the story, users must physically turn their phones to view it correctly.

"I tailored it to how you hold your phone," he tells us. "Once you get to the present day, it comes full circle, and you flip your phone right-side-up again to view a link to my portfolio at the end of the scroll."

The @castro.portfolio account is much smaller so far, but it showcases Descroches' work for clients such as Mozilla and the NYC Water Taxi, along with an entry for the "Frame by Frame" project itself.

As mentioned above, Desroches ran afoul of Instagram's anti-bot controls when he attempted to upload too many of the images at once. "Instagram cracks down on suspicious accounts that upload over 50 images," he says. "And the only way to get around that was to create another account, upload pictures, like some of them to seem human, then upload to the original account while liking them at the same time. That way I could break up the Instagram algorithm for finding fake acounts."

Desroches tells AdFreak how the whole idea came about: "At the tail end of last fall semester [in my Branding + Integrated Communications (BIC) masters' program at City College], everyone was creating their websites using Squarespace, Behance, etc. I saw this as an alternative. It took about four months of actual work … but it adds a layer that's just not there on a traditional site or platform, where I can't just tag the friends I've worked with on projects and give them credit that way. I'm on Instagram all the time, so it came naturally."

He says he has so far received positive feedback from his instructors and classmates, but the real test of the project's success comes when it truly serves as his mobile portfolio.

Check out screenshots of both accounts below, but view on mobile for best results.