Is Apple’s ‘Perspective’ Film a Bit Too Much Like OK Go’s Recent Viral Video?

Band says it even pitched the company on the general idea 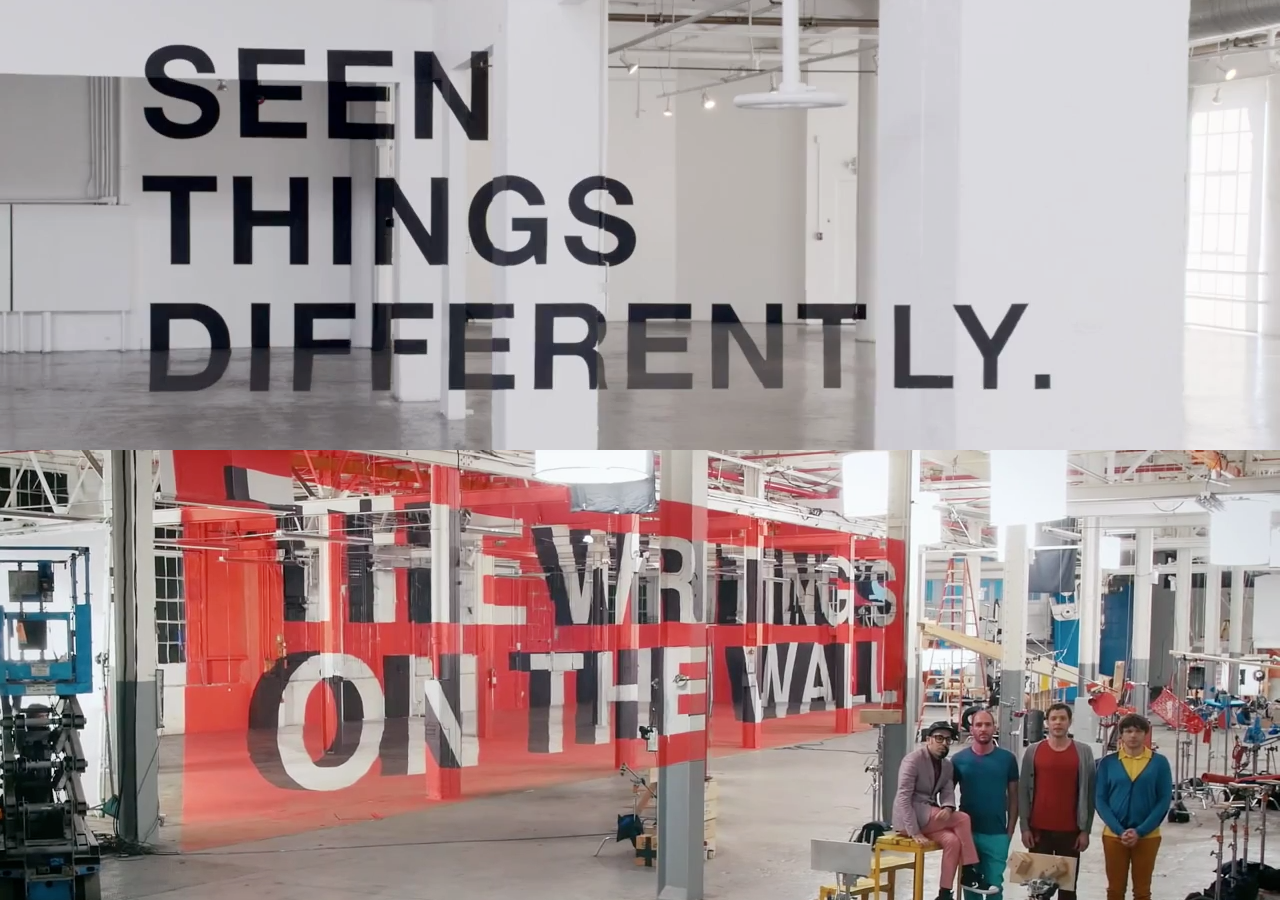 Does the three-minute "Perspective" film that kicked off Apple's product event on Tuesday borrow ideas from a popular music video by OK Go? The band seems to think so and is weighing its legal options, its manager, Andy Gershon, tells Bloomberg Businessweek.

Both "Perspective" and OK Go's "The Writing's on the Wall" video take place inside large white rooms and rely on optical illusions. In Apple's mainly black-and-white video, tricks of perspective make inspirational slogans like "See things differently" and "Follow a vision" appear as the camera pans around.

OK Go's more colorful film sees band members interacting with various objects in different ways to create a series of hypnotic visuals. That video has been viewed more than 10 million times since June and won an MTV Video Music Award for optical effects.

Perhaps most damningly, Gershon says OK Go pitched its visual concept to Apple in April, hoping for a collaboration with the brand, but the company declined. After OK Go made its own video, Apple hired the same production company, 1stAveMachine, to create "Perspective."

Apple did not immediately respond to AdFreak's requests for comment.

In advertising and other creative fields, it's not unusual for similar concepts to crop up in work from different sources. Tricks of perspective have been used in several notable campaigns lately, including this trippy Honda CR-V spot from 2013, which some found derivative of an earlier ad by Audi.

For Apple, it's a particularly thorny issue, though, because appearing to borrow concepts from others repudiates the brand's core message of being original and innovative. Simply put, Gershon believes Apple didn't think differently enough when creating its film. "The videos speak for themselves," he says, "and you can draw your own conclusions."