Why VW Is Bringing Back the Original Beetle. Sort of.

Nostalgia has value, but only to a point

When Volkswagen announced last week that it would be bringing back the “Beetle Classic Model” in 2015, some Bug fans probably bugged out. Wait—the real classic Beetle with manual window cranks and the engine in the trunk? Coming back? 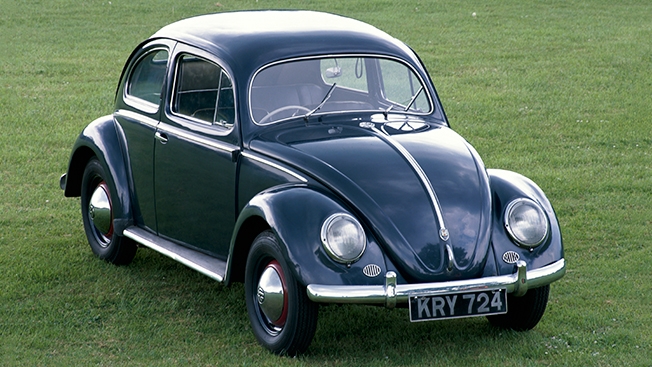 Well, sure. Kind of.

Diehard fans of the car’s golden era may be disappointed because you won’t see running boards or rubber radio knobs on this version of the classic. Volkswagen wasn’t about to put the true old Beetle back into showrooms. It has, however, awakened to the fact that yesteryear has value.

The 2015 Limited Edition 1.8T Beetle will feature several design elements that are throwbacks to the days when gas was 27 cents a gallon and health food meant Twinkies. VW has brought back the car’s 17-inch aluminum wheels and basic paint colors (like white and black, for example). Inside the car, designers created two-tone seats featuring checked upholstery and two-tone brown “Sioux” leatherette.

Great stuff—so why not take it even further? Because there’s a limit to how much nostalgia customers are willing to embrace, that’s why. Take, for example, VW’s 1967 model: “long bantered about as the best year of the Beetle,” according to enthusiast Eric Shoemaker, whose website is a loving chronicle of a life spent driving his grandfather's '67 bug. The car is an indisputable classic—but how many drivers today would want to deal with a 53-horsepower engine? Or a top speed of 82 mph? Or an AM-only radio? The 2015 Beetle boasts a multifunction steering wheel and GPS navigation. In 1967, the steering wheel had one function (turning the car) and the navigation system was the road map in the glove box.

In other words, fandom—even on the scale of the Beetle—can only get you so far, and VW had a fine line to walk.

“We didn’t want to turn people away by offering only what the Beetle was in the past,” the car’s product planner Kerry Deutsch told us. But by sprinkling a few retro touches on an otherwise modern car, VW gets mileage out of both past and present. “We can appeal to a younger demographic who want their cars to be modern, but by putting in the vintage feel, we can appeal to the older demographic who are nostalgic for the vehicle.”

This sort of balancing act is one that numerous heritage brands have learned to navigate. Gibson still produces the classic 1959 Les Paul sunburst guitar, for example, but its “vintage tone” comes from state-of-the-art humbucker pickups. Converse still makes canvas athletic shoes that look like they walked off the set of Hoosiers, but many of them now feature Nike’s Lunarlon sole padding.

There is, however, one thing that all Beetle fans wish would come back from 1967—the price. Forty-seven years ago, the Beetle's showroom price started at $1,758. Adjusted for inflation, that comes to $12,519 today—nearly $13,500 cheaper than the 2015 Beetle's starting price. 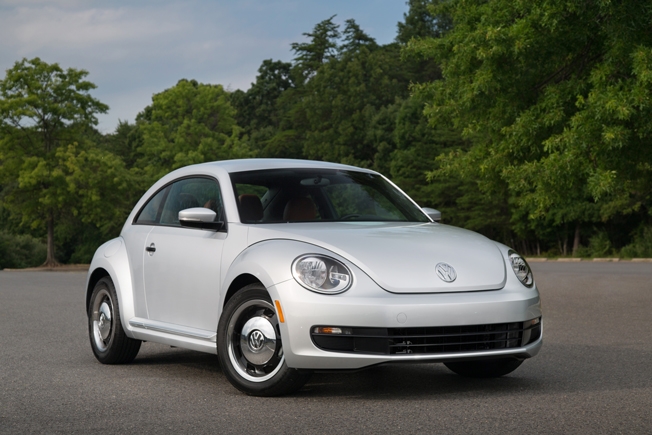 The 2015 Beetle Classic takes its cues from VW's 1998 relaunch—when the engine went back in front. 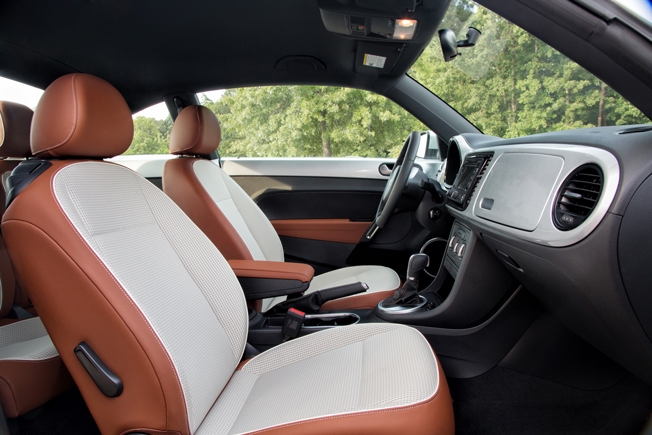 Inside, the "Sioux" leatherette and checked seats are a fine throwback.