When American business tycoon, inventor and filmmaker Howard Hughes headquartered Hughes Aircraft in Los Angeles’ Playa Vista neighborhood, he probably couldn’t have imagined that it would someday become home to one of the most innovative and creative advertising agencies around.

After Hughes went under in 1997, its offices fell into disrepair and were subjected to years of neglect, even graffiti (an original route map of Hughes-owned TWA that hangs in the lobby was tagged by street artists after the building was abandoned). But in 2012, when 72andSunny CEO John Boiler was looking for the perfect space to relocate his growing shop, he saw the dilapidated digs as the perfect destination. “We designed for optimism—open spaces, lots of light, no personal offices,” Boiler explained. “We made a space that has timeless design and is built to be a connector, not a container.”

Take a look at the video above as Boiler is joined by Chief Strategy Officer Matt Jarvis and Co-Founder and CCO Glenn Cole as they guide a tour of the agency’s sprawling campus. 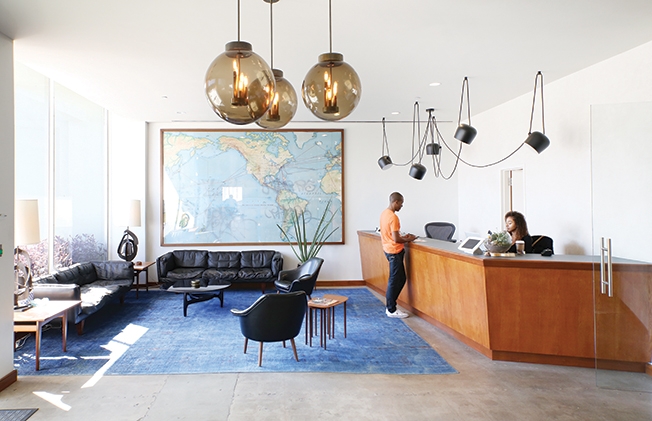 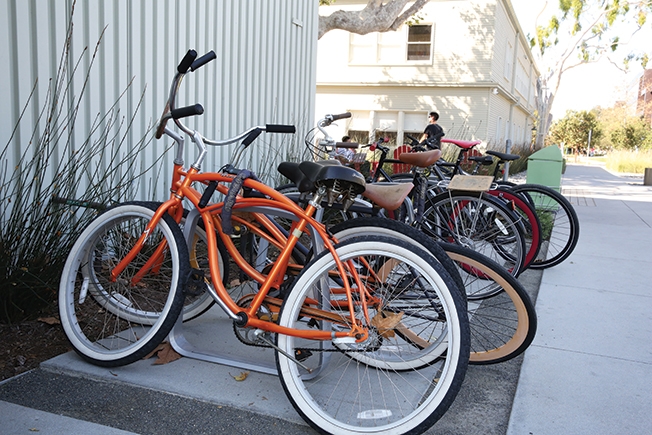 Bikes are available to all employees, for getting away for lunch or just riding around the neighborhood for a mental break. 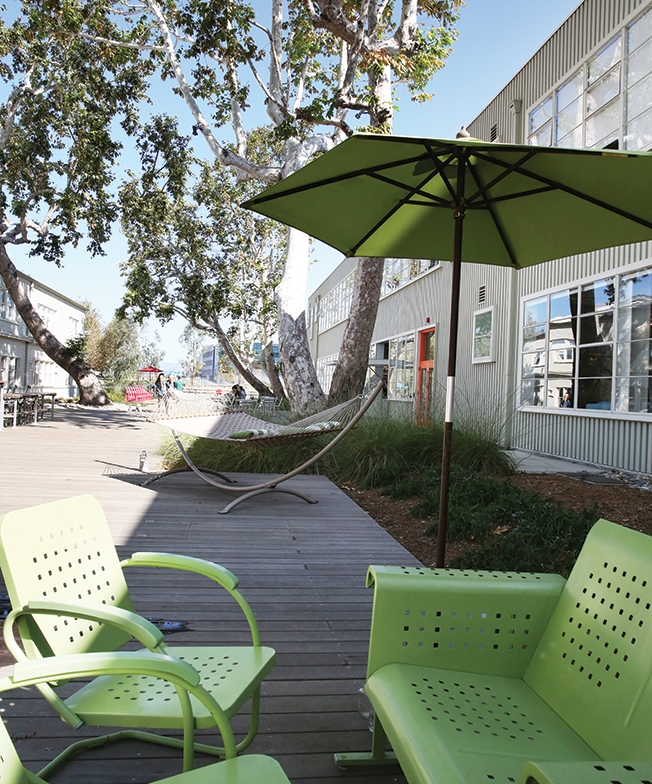 The outdoor space has a hammock and chairs to lounge. 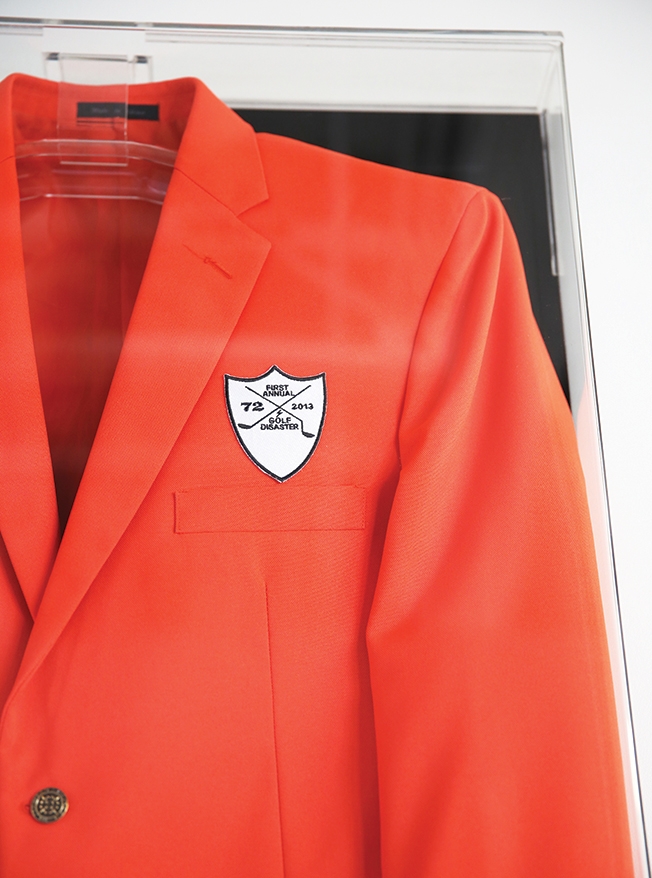 The orange jacket is the most coveted prize in the agency’s Golf Disaster Tournament, held every summer. 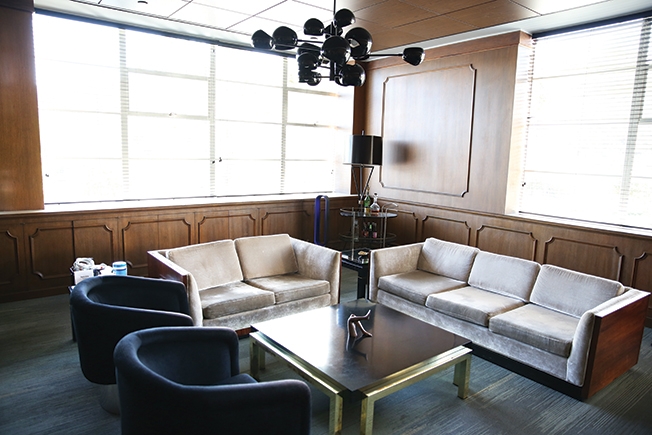 Howard Hughes’ former office was restored to its original glory and is now used as a meeting space. 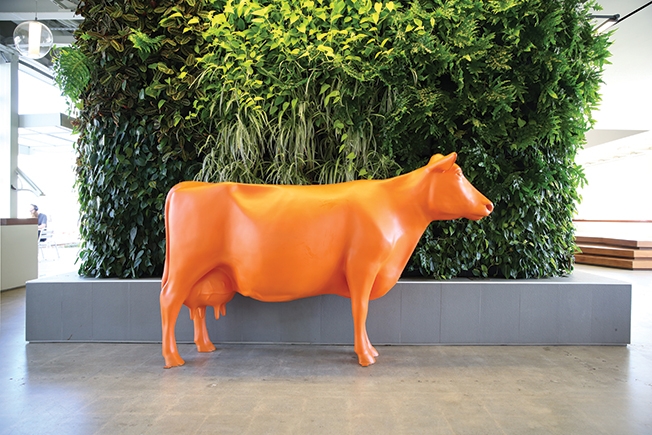 A gift from the Tillamook dairy co-op, an Oregon-based client.