Budweiser Is Exploring How to Brew Beer on Mars

Plans for the first microgravity brew announced at SXSW 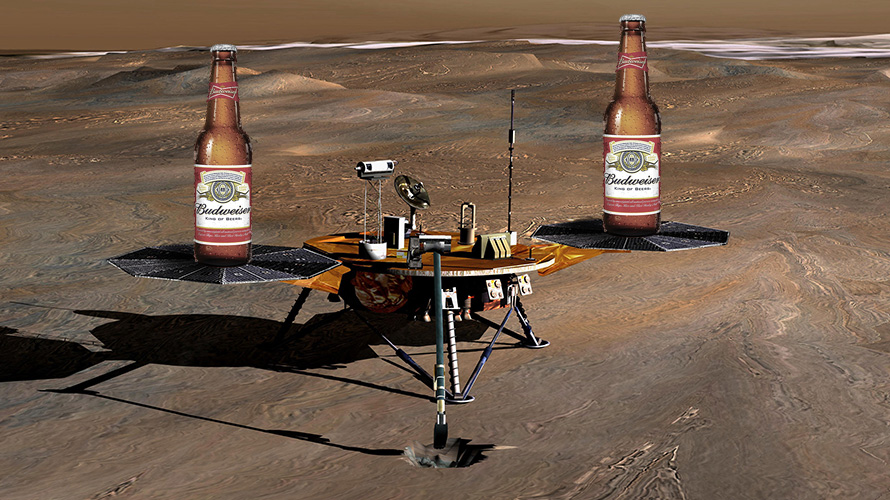 As scientists search for life on Mars and plot a way for people to live there in the future, Budweiser is hard at work figuring out how to make life in space a little more fun by developing a beer made just for the Red Planet.

Today at South by Southwest Interactive in Austin, Texas, Budweiser announced its plans to research and produce a microgravity brew, on a panel moderated by The Martian star, Kate Mara, with retired astronaut Clayton Anderson, who discussed the future of space colonization. Ricardo Marques, vp of Budweiser, and Val Toothman, Anheuser-Busch’s vp of marketing innovation, outlined the experiments and research that will go into the Martian beer.

The biggest challenge of brewing beer a space is the lack of gravity. “When you’re in a zero-gravity environment, a beverage with carbonation is going to be an issue,” Anderson explained. However, Budweiser is researching options to work with the micro-gravity environment that exists on Mars to develop a beer that can be consumed there.

“It’s a dream that builds off of our relentless focus on innovation,” Marques said. “When we can enjoy a few ice-cold Buds on the Red Planet, that will be the moment when we can truly realize our dreams of space colonization.”

“This takes the Budweiser experience to a whole other level,” Toothman added. “We know that colonization of Mars could be a decade or two away, but we want to make sure that Budweiser is the beer that people are toasting with on Mars when we get there.”